Hi guys,…I realise that the post is a day late, but I think that this case is so humongous and important as pertaining to the history of ufology that I couldn’t let it’s 50th anniversary go without making this thread, and asking just what my friends here at UM thought about this grand old encounter that has held my fascination for as long as I can remember!…In my humble opinion, the Socorro close encounter is a really good case and is just about as solid as they come with regards to my belief that it is one of the rare cases in which the only reasonable explanation points quite squarely to ‘Extraterrestrial Visitation’!…And after 50 years it has surely withstood many failed attempts to be explained away by means of the prosaic scenarios levelled at the event, or even vaguely mooted by the all and everybody that has looked at the saga that has all the ingredients required … [Trace evidence, independent confirmation, and such a unequivocally veracious close-up eye witness.] …for this to be labelled a ‘Notable Case’ in the ETH quest…….

Here is a copy of the original article on the front page of the ‘El Defensor Chieftain’ newspaper which was first published a couple of days later on Tuesday 28th April…. 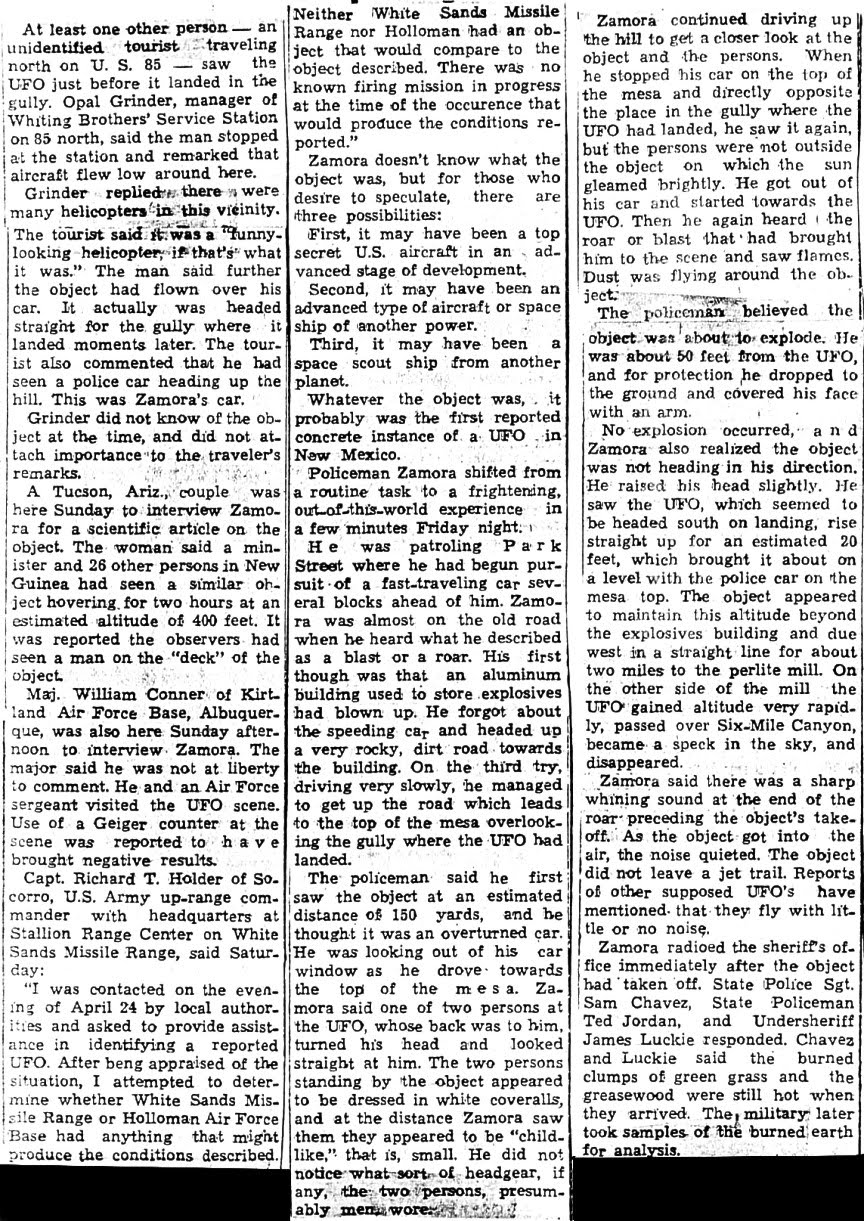 …well guys, how high is this case on your personal scale of possibilities…and what’s your assessment of Lonnie Zamora’s integrity?