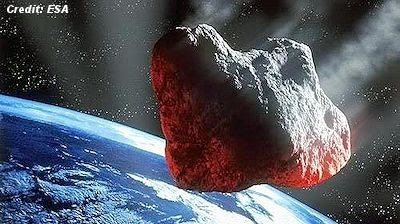 When you look up at the moon’s pockmarked face, you’re actually staring at Earth’s early history. The rain of asteroids that pummeled the lunar surface hit our planet too — it’s just that erosion and plate tectonics blotted out the evidence. In fact, no rocks anywhere in the world survived to tell the story of the first 500 million years of Earth’s 4.5-billion-year existence, a tumultuous period of frequent impacts known darkly as the Hadean.

Now, scientists have capitalized on the moon’s long memory to uncover Earth’s own past. The researchers found that much of our planet’s surface probably melted repeatedly following large collisions during the Hadean eon. Some of these impacts likely vaporized the oceans and sanitized the planet of any early life that may have gained a foothold, according to a new study published Wednesday in the journal Nature. . . .