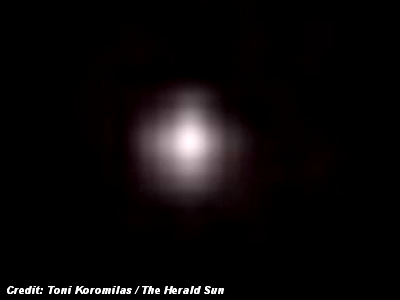 A UFO has been spotted hovering over Melbourne’s southeast as residents report they’ve never seen anything quite like it.

Flashing red, green, and blue, the light sat still over Carnegie for more than an hour.

“Someone said it could be a helicopter but it’s not moving, it’s been there for an hour now.

“We could be way off track, it could just be a plane, but it’s bizarre.”

Melbourne gets an average one UFO sighting a week, with most reports of lights at night time.

So, could it be that aliens chose Melbourne as their destination to make first contact with the world? . . .