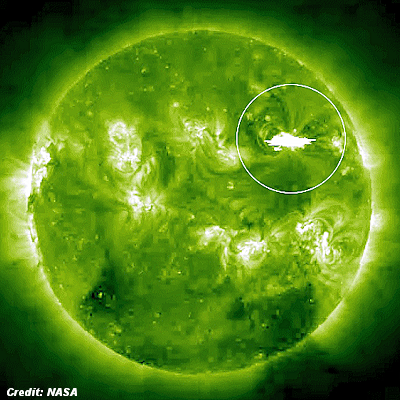 A huge tendril of super-hot plasma that had been creeping across the face of the sun erupted Tuesday (Sept. 2) in a striking solar storm that may send a wave of charged particles in Earth’s direction.

Video of the solar eruption captured by NASA’s sun-watching Solar Dynamics Observatory shows a cloud of solar plasma being hurled from the sun’s surface during the rippling blast.

Debris from the solar explosion could be traveling in the direction of Earth, according to Spaceweather.com, which tracks stargazing and space weather events. Further observations should confirm whether the eruption was actually an Earth-directed coronal mass ejection, or CME. . . .