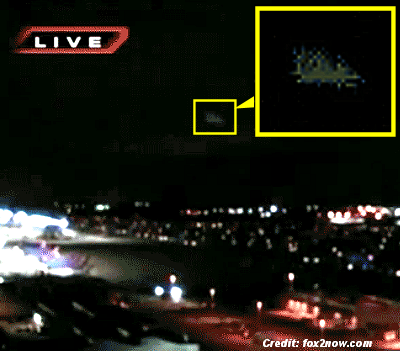 UFO Captured On Video During A St Louis Newscast?

ST. LOUIS, Mo. (KTVI) – While a lot of St. Louis residents were watching storms roll into the area, some noticed something strange in the sky.

KTVI was broadcasting during the thunderstorm and even captured an object in the sky on camera.

Several viewers were left wondering if the object was part of the storm, or if it was something more peculiar. . . .