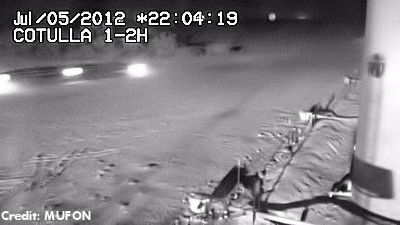 About 9:30 p.m. Aug. 18, a brilliantly lit object that obviously was not an airplane was seen in the sky over San Antonio, moving rapidly toward Randolph Air Force Base.

The pedestrian who saw the object told the Mutual UFO Network that it made no sound and the brilliant light remained after the object was out of sight, according to MUFON’s latest monthly UFO Alert.

The San Antonio sighting was one of 42 reported in Texas, the second highest number in the United States. California took the top spot, with 99.

Texas typically ranks second or third among states in the number of UFOs reported to MUFON, said Fletcher Gray, the group’s volunteer chief investigator for Texas. . . .