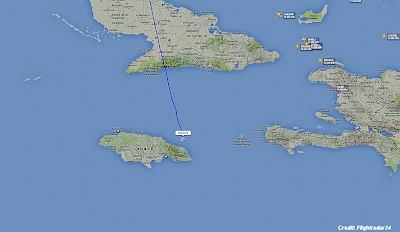 The F-15 pilots that had tracked the plane could see a pilot slumped over before the windows frosted, a NORAD official says. The official says one or two other people were believed to be on board.

(CNN) — A small plane flew for hours unresponsive from Rochester, New York, southward before crashing Friday off the coast of Jamaica, the Federal Aviation Administration said.

The pilot of the single-engine Daher-Socata aircraft — which had taken off from Rochester destined for Naples, Florida — stopped responding to radio calls at about 10 a.m. ET, according to the FAA.

By 11:30 a.m., two U.S. fighter jets had been dispatched under the direction of NORAD to go after the aircraft, State Department spokeswoman Marie Harf said.

The F-15 pilots could see, before the small plane’s windows frosted, and a pilot slumped over, according to a NORAD official. The official said one or two other people were believed to be on board, though the number was not confirmed. . . .

Did Chinese plane have mid-air crash with UFO?