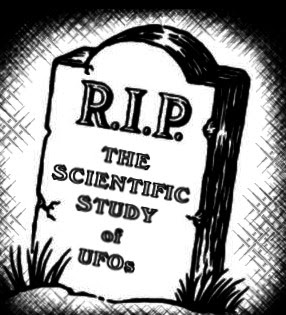 I returned from a long vacation to discover that the infamous Roswell slides have yet to make their appearance. It seems that we may never see these slides, which makes one wonder about how compelling they really are. So, we all have to wait until the Roswell team, and the slide’s owner, finds a “benefactor” that will pay them the money they want.

Kevin Randle sent me an e-mail and complained about my critique of his comments on the episode of “Close Encounters” discussing the “Oscar flight” event. Mr. Randle stated he did mention that this was all based on the testimony of Robert Salas in his interview, which is my biggest argument about the Oscar Flight UFO case. Not surprisingly, his comments were left out in the production. It really does not matter that Randle noted this problem or not. The complaint I had was his, and the roducer’s of the program, presentation of the case as if it were a proven fact, which it is not. There are plenty of reasons to question Salas’ version of events and to go on a program and promote the case indicates Randle finds his story compelling. Until the promoters of this case provide evidence that it actually occurred, the distinct possibility exists that it is nothing more than a figment of alas’ imagination.

The annual migration to various UFO conferences also occurred this summer. MUFON chose to perform their latest “symposium” in Cherry Hill, New Jersey with the focus being on UFO and the media. In other words, how can UFOlogists get the media to tell their version of what they think UFOs are? This resulted in the usual dog and pony show of various individuals talking about how the media does not give UFOs a fair hearing. All one has to do is watch MUFON’s “Hanger one” and do a bit of research to demonstrate that this is exactly why the media does not take the subject seriously. To top it off, MUFON chose to give Steve Bassett the “excellence in UFOlogy” award. This is apparently due to his organization of the infamous “$600,000 flying saucer fizzle”, where nothing was accomplished other than getting attention from the news media for a few days. Like “Hanger one”, it was full of UFO “celebrities” getting paid to promote all kinds of wild tales in front of the camera with not a single person questioning what they presented! I recapped this all in SUNlite 5-4 if the reader is interested in refreshing their memories on the affair. UFOlogists are their own worst enemy when it comes to media attention.

While I was in Paris, I managed to drop by for evening of conspiring with fellow UFO skeptic Gilles Fernandez. Much was discussed and we seemed to agree that UFOlogical debates have become boring and a waste time as the same points keep getting rehashed over and over again with no resolution. I have noticed over the years that UFOlogy itself has become rather boring and predictable. The only effort being expended appears to be towards UFO conferences/festivals and television/radio/internet programs. The science of UFOlogy (if we can call it that) is dead and nothing new is really being done. . . .

UFOLOGY: “We’ve Lost Almost All Our Ability To Influence … The Scientific Community …”