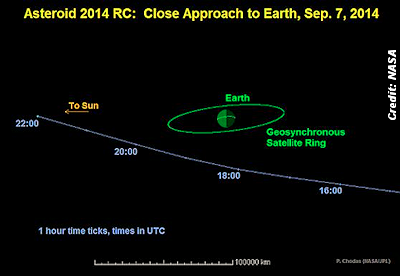 It won’t hit Earth or any of the thousands of satellites orbiting the planet, NASA says. It will give astronomers and scientists a chance to study it.

The asteroid won’t be visible the naked eye, but amateur astronomers should be able to see it with telescopes.

Called 2014 RC, the asteroid was discovered on August 31 by the Catalina Sky Survey near Tucson, Arizona.