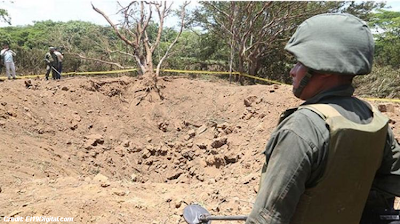 NICARAGUA NEWS – Managua: A mysterious late-night blast in the Nicaraguan capital of Managua that left a crater 12 metres wide was most likely caused by a meteorite, government scientists say.

The loud explosion occurred around 11:05 pm on Saturday on the outskirts of Managua near the airport, Wilfried Strauch from the Nicaraguan Institute of Earth Studies (Ineter) said. No one was injured.

Strauch said that Nicaragua is asking the United States for expert help to investigate the event, which was picked up by seismic sensors. . . .