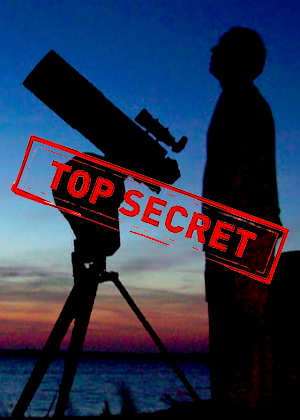 NASA’s orbiting James Webb Space Telescope will be “the premier observatory of the next decade, serving thousands of astronomers worldwide, and studying every phase in the history of our Universe, ranging from the first luminous glows after the Big Bang, to the formation of solar systems capable of supporting life on planets like Earth, to the evolution of our own Solar System.”

So why does its Director need to have a Top Secret/SCI security clearance, as specified in the job description posted last month on USA Jobs?

Clearly, the secrets of the universe do not lend themselves to, or require, national security classification controls, let alone non-disclosure agreements or polygraph testing.

But in practice, the civilian space program intersects the national security space program at multiple points, and former CIA analyst Allen Thomson suggested that the future Webb Director might need a Top Secret intelligence clearance in order to engage with the National Reconnaissance Office on space technology and operations, for example. . . .