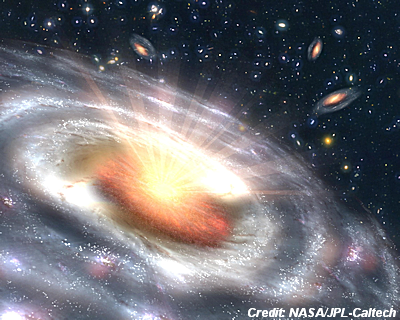 Quasars are the brightest objects in the universe, and display a mysterious diversity in their appearance that has puzzled astronomers for more than two decades.

Now, scientists find this mystery can be solved by looking at two simple features of quasars — how quickly matter is getting fed into the quasars and the direction from which the quasars are seen.

Quasars are supermassive black holes up to billions of times the mass of the sun that live at the hearts of distant, massive galaxies. They release extraordinarily large amounts of light as they rip apart stars and gobble matter. . . .