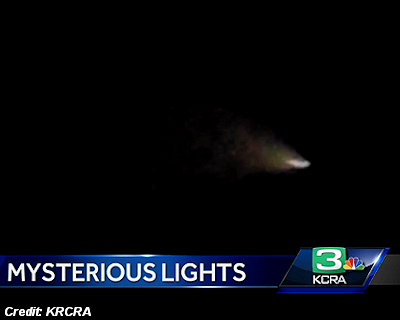 Â  Â  Â  The Chabot Space and Science Center says that a mysterious streak of light that lit up Bay Area skies early Friday morning may have been a meteor.

Bay Area residents â€“ and even some in Southern California and Oregon â€“ reported seeing the phenomena, but nobody could figure out what it was.

Chabot Space Center astronomer Ben Burress told NBC Bay Area that there were a total of three events Thursday and Friday where people reported seeing something in the sky. Two of the events occurred Thursday at 9 and 11 p.m. and Friday’s event occurred around 6 a.m., Burress said. . . .

UFO Photographed Over The Bay Area