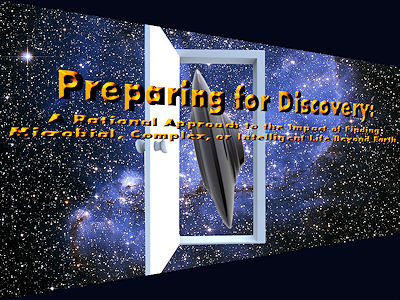 Â  Â Â  Fortunately, Hollywood maverick Douglas Trumbull has always manned up to his interest in The Great Taboo. And as the special effects wizard behind classics such as â€œ2001,â€ â€œClose Encountersâ€ and â€œBlade Runnerâ€ told a German audience in 2012, heâ€™s in good company:

â€œIf you poll people in the world, most people will say they believe in life in the universe. But thereâ€™s a big stigma attached to UFOs. And aliens. In the sense that itâ€™s been so demonized in movies and so trivialized in science fiction movies that nobody who has an academic credential will touch that subject. It’s an interesting thing.

â€œSo astronomers, physicists, astrophysicists, people in the space program, people in NASA, they all believe in life in the universe,” he continued, “but nobody wants to talk about UFOs. Because theyâ€™ll lose their job. Theyâ€™ll lose tenure, theyâ€™ll be ridiculed, theyâ€™ll become the laughing stock, and so no one wants to talk about it. I think itâ€™s actually a really huge and interesting story. And Iâ€™m not afraid of it because I donâ€™t have tenure and Iâ€™m not a scientist. So I donâ€™t have anything to lose. So I think itâ€™s very fun territory, very fertile ground.â€

De Void brings this up to draw attention, once more, to the massive gaping hole in next Thursdayâ€™s two-day symposium, â€œPreparing for Discovery: A Rational Approach to the Impact of Finding Microbial, Complex, or Intelligent Life Beyond Earth,â€ in Washingon, D.C. The thing is co-sponsored by NASA and Library of Congress, and true to form, UFOs are most definitely off the table. No surprise, we expect that from the radioastronomy/SETI culture dominating the lineup. But hereâ€™s another little contradiction.

Paul Allen, the Microsoft billionaire who has dumped some $30 million into SETIâ€™s empty-handed search for extraterrestrial intelligence, is clearly a huge Douglas Trumbull fan. Four years ago, the man who created Spielbergâ€™s mothership at Devilâ€™s Tower was inducted into Allenâ€™s Science Fiction Museum Hall of Fame. And in April, Allenâ€™s Seattle Cinerama Theatre hosted the premiere of Trumbullâ€™s revolutionary 10-minute 3D film, â€œUFOTOG,â€ described as â€œa dramatic short story about a lone man attempting to photograph UFOs.â€ The showstopper was “UFOTOG’s” state-of-the-art technology. Filmed at 120 frames per second, or four times the industry standard, Trumbull unveiled what he called â€œa new cinematic language.”

Equally significant, â€œUFOTOGâ€ is also autobiographical. Trumbull went national with his determination to document The Great Taboo during History Channelâ€™s â€œUFOs On the Recordâ€ in 2011. Turning a tricked-out Hummer into a mobile camera and instrumentation platform designed to acquire UFO signatures in various modes, Trumbull’s efforts to develop and synchronize corroborative technologies have proven hugely expensive. So the plan now — after teaming up with modeling whiz and chief MUFON imaging analyst Marc D’Antonio — is to make the system more portable, more affordable, and to increase sky coverage.

Fully loaded, these downsized “platters” are being engineered to detect not merely speed, direction, and altitude, but transponder indentification, imagery in night-vision, infrared, ultraviolet, etc., along with electromagnetic and even gravitational perturbations. Ideally, Trumbull’s evolving multispectral cameras would be triangulated — the farther apart, the better — with instant communications features to alert each other to the approach of a bogey. D’Antonio calls them Land Deployment Units and Sea Deployment Units, because the strategy involves scanning the oceans for activity too.

As D’Antonio told Open Minds UFO Radio host Alejandro Rojas last month, the UFOTOG campaign hopes to mass-produce LDUs and SDUs because “this whole project is about finding the smoking gun.” They’ve even worked out a theoretical framework for identifying what that smoking gun might look like; part of it involves string theory and gamma radiation. And again, all this stuff costs $$$.

“… Avoid Contact with the UFO Elephant in The Room …”