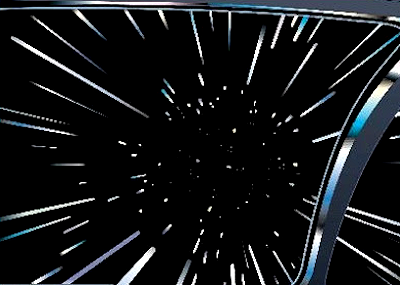 What would happen to you if you went back in time and killed your grandfather? A model using photons reveals that quantum mechanics can solve the quandaryâ€”and even foil quantum cryptography

Â  Â  Â On June 28, 2009, the world-famous physicist Stephen Hawking threw a party at the University of Cambridge, complete with balloons, hors d’oeuvres and iced champagne. Everyone was invited but no one showed up. Hawking had expected as much, because he only sent out invitations after his party had concluded. It was, he said, “a welcome reception for future time travelers,” a tongue-in-cheek experiment to reinforce his 1992 conjecture that travel into the past is effectively impossible.

But Hawking may be on the wrong side of history. Recent experiments offer tentative support for time travel’s feasibilityâ€”at least from a mathematical perspective. The study cuts to the core of our understanding of the universe, and the resolution of the possibility of time travel, far from being a topic worthy only of science fiction, would have profound implications for fundamental physics as well as for practical applications such as quantum cryptography and computing.

The source of time travel speculation lies in the fact that our best physical theories seem to contain no prohibitions on traveling backward through time. The feat should be possible based on Einstein’s theory of general relativity, which describes gravity as the warping of spacetime by energy and matter. An extremely powerful gravitational field, such as that produced by a spinning black hole, could in principle profoundly warp the fabric of existence so that spacetime bends back on itself. This would create a “closed timelike curve,” or CTC, a loop that could be traversed to travel back in time.

Hawking and many other physicists find CTCs abhorrent, because any macroscopic object traveling through one would inevitably create paradoxes where cause and effect break down. In a model proposed by the theorist David Deutsch in 1991, however, the paradoxes created by CTCs could be avoided at the quantum scale because of the behavior of fundamental particles, which follow only the fuzzy rules of probability rather than strict determinism. . . .