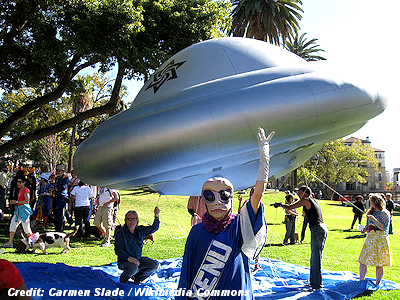 Â  Â  Â  Earlier this week, we told you about how the Satanic Temple plans on handing out their literature to public school kids in Florida on the heels of an Orange County School Board decision to allow an Evangelical Christian group to hand out Bibles.

And now an international UFO religion wants to get in on that handing out religious materials to school kids action. And, yes, they have a chapter here in Florida.

The religion, known officially as the International Raelian Movement, has announced their support for the decision to allow the Satanic Temple to offer their religious literature in the school district. The group’s leader is encouraging Raelian members to now go and do likewise. . . .