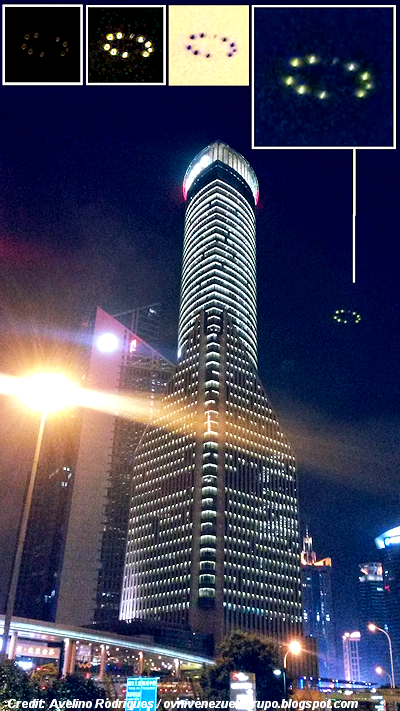 The image was taken by Venezuelan photographer, Avelino Rodrigues, with a Samsung Galaxy brand mobile phone, model S4, at 10:30 pm, while he recording the Asian architecture.

The photographer, who was visiting Shanghai to cover 2014 Summer Youth Olympic Games in Nanjing for a print medium, whom he works for in Caracas, told the journalist HÃ©ctor Escalante he did not observe anything unusual .

“When I took the picture I saw nothing, but then, when reviewing the phone, this got my attention and I went on to the other photos to see if anything came out, but there was nothing else,” he testified.

The UFO, which is ring-shaped and has about 10 points of light yellow at their lower edges, appears to be at a considerable height exceeding half of the tower.

Mystery of the UFOs Found in China: | VIDEO

UFO Crashes in China; Authorities Cordon Off The Area