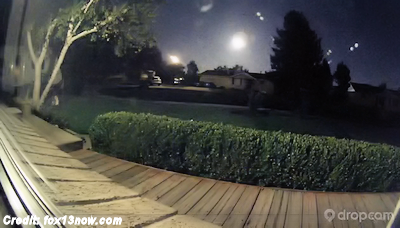 Â  Â  Â With dazzling flashes of green, blue and white, a mysterious object lit up the Utah sky early this morning.

It silently soared over the state at around 4.40am, seemingly lingering for a few seconds.

But while some excitedly rushed to report a UFO, one astronomer claims it was a burning meteor that was so far away it couldn’t be heard.

A video captured the a burning white ball’s passage through the sky.