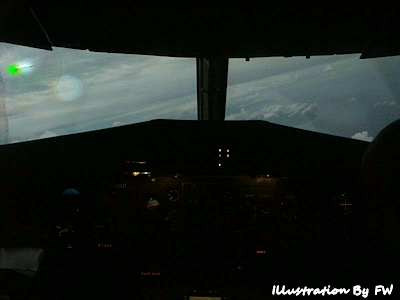 Â  Â  Â  Ahmadabad: A report submitted to the Mumbai Air Traffic Control by a commercial pilot of an Ahmadabad-bound flight, revealed to have spotted a green and white unidentified flying object hovering over 26,300 feet in the sky near Pune. Describing the incident, the Jet Airways pilot, identified as Mahima Chaudhary claims to have spotted the UFO at 12:45 hours while on her way to Ahmadabad from Pune.

She reportedly called the watch supervisory officer at Mumbai Air Traffic Control and revealed about the strange UFO sighting case that she saw while flying at a height of 26,000 feet and had spotted the UFO hovering at 26,300 feet at 310 degrees. The pilot further added that the UFO was green and white in colour. . . .