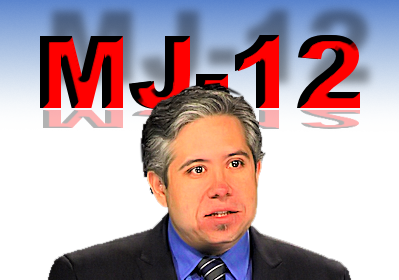 Â  Â  Â This is a strange message, because my research is about the origins of the documents. Stanton often expresses his frustration when people he debates have not reviewed his material. However, this message indicates that Stanton has not reviewed my research, which is on the origins of the MJ-12 documents, and how they were released to a group of individual who were involved with an admitted disinformation scandal.

Incidentally, some of these people were also Stanton’s research partners. However, instead of discussing this sordid affair to help absolve himself of any association with the scandal, Stanton continues to ignore the scandal even took place. It appears Stanton is trying to do the same thing here. I argue that any full investigation of the case must include the circumstances surrounding how the public came to know of these documents. Something Stanton has not provided.

Stanton has admitted to me that Doty, an agent with the USAF Office of Special Investigations, was the first person to mention the term MJ-12 in a document Doty says was part of a disinformation campaign. He has also admitted that Doty is not to be trusted and has proven to be deceitful. Stanton has also admitted that his research partner at the time, William Moore, is not to be trusted. This was proven to be the case when Moore admitted to being part of Doty’s disinformation campaign.

Much of Stanton’s research on the MJ-12 documents was prior to anyone knowing Moore was working with Doty. I believe that Stanton is a man of high integrity, and, along with the rest of the UFO community, was a victim of this disinformation scandal.

It must be hard to know one has been chasing a wild goose for years, only to find that their own research partner was involved with setting the goose loose. I can understand that, but ignoring the events do not allow for a sufficient analysis of the situation.

I will be more than happy to discuss with Stanton some of the details of his relationship with the people involved with the disinformation scandal. Details he avoids sharing in public, but are pertinent to the field of Ufology. I would also like to discuss why he feels the fact that the documents were released amidst this scandal have no bearing on their validity. I also would like to discuss with him my view that no matter how long his list is, it does not prove that the documents were not disinformation, officially sanctioned by the government or otherwise.