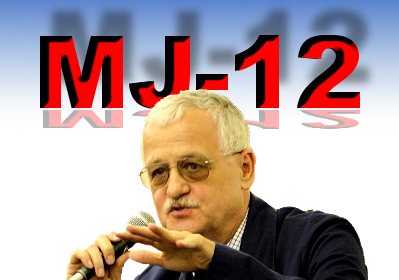 Â  Â  Â When you resort to suggesting that the lack of provenance is a silly argumentâ€”that is the point where I bow out. This is going nowhere and I have a book to complete rather than say the same things over and over to you so that you can ignore them.

I will respond to one item. I have a letter from Dr. Winfred Buskirk dated August 30, 1991, in his own handwriting that says, “Anderson was in my Anthropology class the 1st semester, then, according to his transcript, took a French class the second semester.” I had avoided using this until now because those who supplied the information were still employed by the Albuquerque school system and could have gotten into trouble. Now that situation has worked itself out.

I also have a letter dated August 8, 1991, again written in Buskirk’s own hand that says, “Now – at Albuquerque High he was enrolled for a semester of Anthropology. This was a course I taught in the fall, so he must have taken it in 1957 – 1958 and, I presumed passed it with credit (I failed no one if I could help it.)… You will probably want to call Mrs. [left the name out to protect the innocent], .[second name left out] and [third name left out] for a verification.” This I did, but after Anderson called the school to demand that they release no information about him, I kept this to myself.

Here is the interesting part of that letter by Buskirk, “They [the names that I had removed] had been contacted by Friedman, and both had referred him to her… But Friedman has not contacted her.” The question is, did you ever contact her and what did you learn? Did she tell you the same things that I learned?

Once again, I have the letters in hand and there is even my handwritten note of a telephone number for one of these people whom I did call. He said that he was looking at the transcript as we talked. By the way, Anderson did, in a letter to me, confirm some of the information that came
from those sources. He’s dead in the water on this, and I have the proof.

I have noticed that he misinterpreted my comments about Peter Tytell and attempt to switch the conversation from the EBD and the Truman Memo to that nutty NSA document you carry around. You don’t seem to get that I talked to Tytell, so I might answer that as well… or I might not. I do have a book due here and this is now taking too much time. I don’t think there are many out there who are buying these arguments anyway.