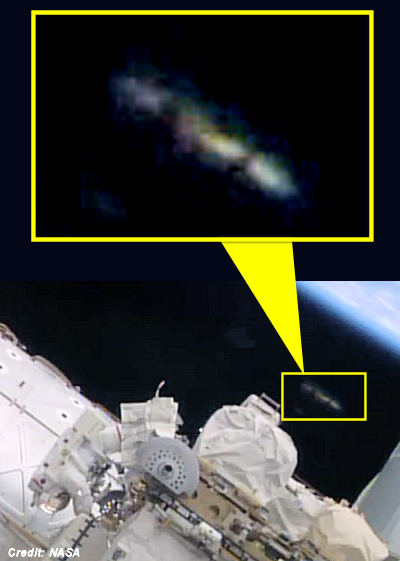 Â  Â  Â As two astronauts aboard the International Space Station made some outside repairs, a UFO appears to hover in the background, as seen on a video released by NASA.

For about five seconds, an unidentified object (which we can presumably say is flying) is seen in the camera frame between the ISS and Earth where, just seconds earlier, no mysterious object could be spotted.

Not surprisingly, NASA is silent on the mysterious object’s appearance. . . .