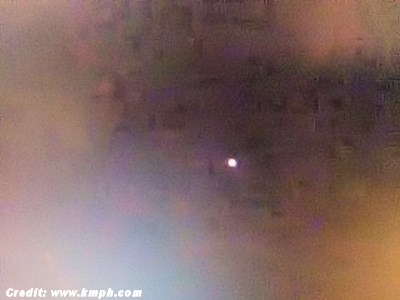 Â  Â  Â CLOVIS, Calif. (KMPH) – A Clovis man believes he spotted an unidentified flying object near his home, and he’s got the video to prove it.

The video shows a bright orb and then a smaller bright light that appears to fly away.

Ricardo Padua who shot the video says, “It was weird because I didn’t see it when I taping it. Then I thought on my God, this is real. This is something more than just an orb. It released something.”

But what did it release?

Fresno State’s Physics Department Professor Dr. Steven White says, “At first when I saw it I thought it could be Mars. . . .