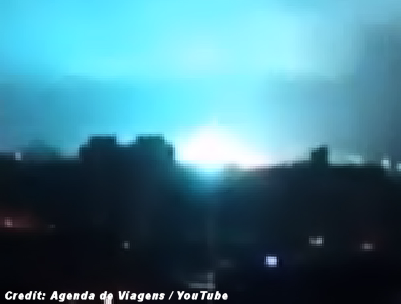 Â  Â  Â A flash of light in northern Brazil was so bright that it illuminated the sky, temporarily making the dark night sky as bright as day.

The incident occurred on the night of Wednesday, October 15 in Brazilâ€™s Recife region. At approximately 10:20 p.m., witnesses saw a UFO streaking through the sky. As many as ten traffic cameras captured the event. And these videos show the object exploding with an impressive multi-colored light show, filling the sky with blue, pink, purple and red light. . . .