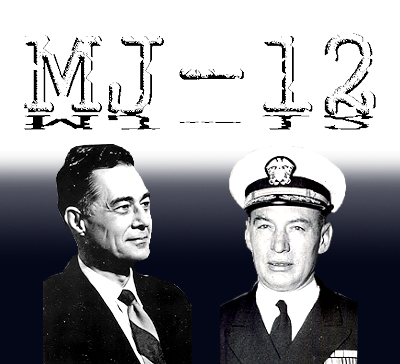 Â  Â  Â  Although I really donâ€™t have time for this, meaning more nonsense about MJ-12, Stan Friedman has complained that I, and Barry Greenwood and Robert Hastings, have ignored the report by Dr. Roger Wescott, who examined the Eisenhower Briefing Document to determine if it had been written by Rear Admiral Roscoe Hillenkoetter. There is nothing to say that he had been the author, no real reason to assume that he was, except that he had been the Director, Central Intelligence Agency, but this seems to be the belief. To me this is a ridiculous exercise simply because, without additional information, that question cannot be answered.

Hereâ€™s what we know. Wescott was a linguistics professor at Drew University and Stan wanted him to try to determine if Hillenkoetter had written the EBD. Along with the EBD, he gave Wescott some twenty-seven samples of what he believed to be Hillenkoetterâ€™s writings. Iâ€™ll explain that â€œbelieved to beâ€ in a moment.

Wescott, in his first analysis said, â€œIn my opinion, there is no compelling reason to regard any of these communications as fraudulent or to believe that any of them were written by anyone other than Hillenkoetter himself.â€

Okay, not exactly a ringing endorsement, but certainly doesnâ€™t eliminate Hillenkoetter as the author. But then, in his book on MJ-12 (oh, I suppose I could be petty and not mention the titleâ€¦ Top Secret/Majic) Stan wrote, â€œSome people are upset that Dr. Wescott didnâ€™t make a positive statement that his work proves Hillenkoetter wrote the briefing. Obviously, no such statement could be made. Somebody working for the CIA, for example, could have read Hillenkoetterâ€™s papers and simulated his style.â€

Wescott, in a letter in the July/August 1988 International UFO Reporter, wrote, â€œFirst, itâ€™s clear that Iâ€™ve stepped into a hornetâ€™s nest of controversy. Since I have no strong conviction favoring either rather polarized position in the matter, I may have been a bit rash to become involved, even as a somewhat detached consultant, in what amounts to an adversary procedure. On behalf of those who support the authenticity of the memo, I wrote that I thought its fraudulence unproved. On behalf of its critics, I could equally well have maintained that its authenticity is unproved. Whatever the probabilities of the issue, inconclusiveness seems to be of its essence.â€

There is an additional problem here. Wescott was a NICAP special advisor in the late 1960s. He was familiar with the world of the UFO. It might be suggested that his analysis wasnâ€™t that of a disinterested third party, and while he might not have had a dog in the MJ-12 fight, he knew something about UFOs.

Wescottâ€™s analyses are not all that impressive. They are best described as he said himself as â€œinconclusive,â€ which means that Wescottâ€™s analyses proved nothing and certainly are not supportive of the conclusion that Hillenkoetter wrote the EBD.

Now, hereâ€™s what I meant by those documents were â€œbelieved to beâ€ written by Hillenkoetter. At the time the EBD was written, Hillenkoetter was a high-ranking military officer in a position of great responsibility. Are we to believe that he actually wrote all these sample documents himself, or is it more likely he turned to an aide, a secretary, a staff officer to actually write the various documents? In other words, Hillenkoetter said, â€œI need a briefing (or whatever, just insert your own sort of document in here) on (insert the situation here) and have it to me by Friday.â€

This means that while Hillenkoetter might have provided the initial information, would have reviewed and edited the document, he didnâ€™t actually write it. I canâ€™t tell you how many times I was given information and told to put it together for a report or briefing for a higher ranking officer. While in Iraq, I was involved in a white paper in which I interviewed a number of generals, took documents created by operations officers and combat commanders, to create a single document which was authored by that higher ranking officer. Or, to put it bluntly, there were so many of us involved that no one authorâ€™s voice came through.

And before I have to hear that this was so highly classified, that there just wouldnâ€™t have been those others involved, are we really supposed to believe that Hillenkoetter typed the thing himself. Regardless of the classification, there would have been underlings involved in the process. Think of the Manhattan Project here. Werenâ€™t there many involved who werenâ€™t physicists or scientists who took care of all the various documents that were created in the process of making an atomic bomb? They might not have had access to everything, but in each compartment, they would have been those responsible for all the paperwork.

So, even if you stipulate that Hillenkoetter is the author of the EBD, he probably wasnâ€™t the writer. That was done by someone else (and letâ€™s not forget about all those tabs which would not have been written by Hillenkoetter but by others considered experts in those specific topics).

This explains why I, and most of the rest of us, ignore what Wescott had to say. First, he suggested his analysis was inconclusive. Second, even though there were all those samples offered of Hillenkoetterâ€™s writing style, they were probably written by someone else. And third, the same can be said of the EBD. The initial drafts probably werenâ€™t written by Hillenkoetter, but probably by someone at a lower level which would have altered the â€œvoiceâ€ and made it impossible to determine if Hillenkoetter was the author.

Or, to be blunt, all of this is an exercise in futility. None of it proves anything and our best course is to just ignore it as one more failed proof that MJ-12 is authentic.

And before anyone asks, there is no evidence that the EBD is anything other than a fraud, written by someone who had a specific agenda, and that agenda was not to brief Eisenhower.