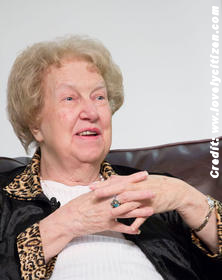 Â  Â Â EUREKA SPRINGS â€“ Dolores Cannon of Hunstville, who took over managing the annual Eureka Springs UFO Conference, passed away Oct. 18 after a short illness following an accident in late September. She was 83.

Cannon was most known for her work as a hypnotherapist who began practicing in the 1960s, and a past-life regressionist since 1979. Stating that she had established contact with Michel de Notredame, known popularly as Nostradamus, in 1989 she published a three-volume set titled “Conversations with Nostradamus,” which contains 1,000 prophecies and their interpretation.

She was also a UFO investigator in the last 20 years of her life, and she began teaching her specific hypnosis skills from a technique called Quantum Healing Hypnosis Therapy to help clients experience instantaneous healing of diseases. It was this work which also led to her past life regression work.

Cannon eventually began speaking and teaching all over the world, appearing at conferences and on radio shows such as “Coast to Coast.”

Cannon was the author of 18 books on various metaphysical subjects, published by her own label, Ozark Mountain Publishing, which has also published the work of more than 50 other authors.

She took over the Eureka Springs UFO Conference in 2013, after a gap following the death of longtime conference organizer Lucius Farish, and established the Lucius Farish Trust award of $1,000. During this year’s conference, in its 27th year, Cannon added two film debuts and said she hoped to offer more in the future. . . .

Seen a UFO? Share Stories and Learn More at Conference

A Brief Synopsis of the 2010 Ozark UFO Conference: A Spectators View