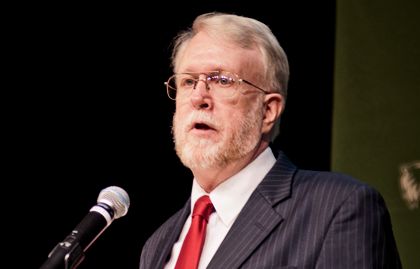 Â  Â Â â€œUFOs: The Secret Storyâ€ is a 90-minute lecture and slide show concerning the U.S. governmentâ€™s covert response to UFOs, and is based on thousands of Air Force, FBI and CIA documents declassified via the Freedom of Information Act (FOIA), as well as the testimony of more than 140 former or retired U.S. military personnel interviewed by Hastings.

The documents confirm, beyond a reasonable doubt, that UFOs do exist and, despite repeated public denials over the years by official spokesmen, these mysterious objects are of the greatest concern to the highest levels of the U.S. Air Force and the intelligence community.

A number of the documents refer to UFOs repeatedly violating highly sensitive airspace over nuclear weapons sites, including the Los Alamos National Laboratory, where nuclear weapons are designed. Other documents concern UFOs hovering above nuclear missile launchers or nuclear bomb storage bunkers. Still others refer to attempted aerial intercepts of UFOs by military jet fighters. So far as is known, all of these attempts have been unsuccessful.

Hastings appeared on CNNâ€™s Larry King Live on July 18, 2008 (see below), together with former U.S. Air Force officers who had been involved in nuclear weapons-related UFO incidents. Two of them, missile launch officer Robert Salas and missile targeting officer Robert Jamison, say that an entire â€œflightâ€ of ten Minuteman missiles mysteriously malfunctioned just as a UFO was sighted hovering above the flightâ€™s launch control facility, outside of Malmstrom Air Force Base, Montana, on March 24, 1967. Hastings has interviewed other Air Force missile personnel who describe identical events occurring at other Air Force missile bases.

On September 27, 2010, Hastings sponsored the â€œUFOs and Nukesâ€ press conference at the National Press Club in Washington D.C., during which seven former or retired Air Force officers discussed the reality of UFO incursions at nuclear weapons sites. CNN streamed the event live (see below):

Hastings, an independent UFO researcher and lecturer, says that his interest in UFOs began in 1967, when he was present at the air traffic control tower at Malmstrom, during a two-week period of intermittent UFO activity at the baseâ€™s missile sites. â€œOne night, five UFOs were tracked on radar for several minutesâ€, he recounts, â€œand jets were launched to intercept them. I later learned from Air Force sources that as the jets closed in, the UFOs performed a vertical ascent and left the area at enormous speedâ€”far beyond the capability of any aircraft.â€

Since that incident, Hastings has devoted countless hours researching UFOs and our governmentâ€™s covert response to them. He has spoken at over 500 colleges and universities since 1981, in an effort to bring to the public the intriguing information that he and other researchers have obtained. His critically-acclaimed book, UFOs and Nukes: Extraordinary Encounters at Nuclear Weapons Sites is available at www.ufohastings.com.

â€œI am not condemning any U.S. government agency for its policy of secrecy regarding UFOs,â€ says Hastings, â€œbut I believe that the American people, and the rest of the world, should be given the facts.â€

From 1988 to 2002, Hastings was employed as a laboratory analyst by Philips Semiconductors in Albuquerque, NM. He is now retired and may be reached for an interview at [email protected].