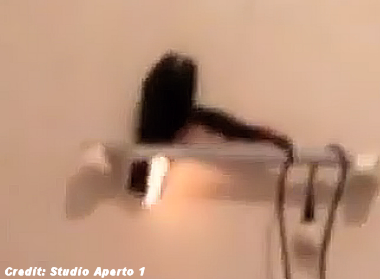 Â  Â Â  In 2004, a town in northern Sicily experienced mysterious spontaneous fires that officials purportedly suspected were the result of alien activity. Now the mysterious fires have returned.

The fires are appearing in Canneto di Caronia, a town on the northern coast of Sicily. In 2004, the town had to be largely evacuated and dozens of experts were flown in to investigate. The power company cut off power to the town in order to stop the fires, but they continued.

Scientists, electrical engineers and the military all tried to figure out why the fires were starting, but no one could figure it out. According the UK newspaper The Telegraph, one scientist was amazed when â€œhe saw an unplugged electrical cable burst into flames.â€

Eventually the fires subsided, but the Italian government spent years investigating them. According to The Telegraph, the investigation cost over $1 million, and included dozens of experts, including a NASA scientist. The newspaper also claimed that the officials concluded the most likely cause was aliens.

Now the fires have apparently come back. According to the UK newspaper Metro, the mayor believes them to be caused by â€œunknown electromagnetic radiation.â€ However, locals believe they may be caused by ghosts, witches, secret U.S. military tests of radiation weapons, poltergeists, rogue microwave transmitters, or perhaps even a young person with pyrokenetic powers, like in the Stephen King book made into a blockbuster movie, Firestarter. . . .

UFOs, Ghost Lights, St Elmos Fire . . . What is The Phenomenon Known as ‘The Brown Mountain Lights?’