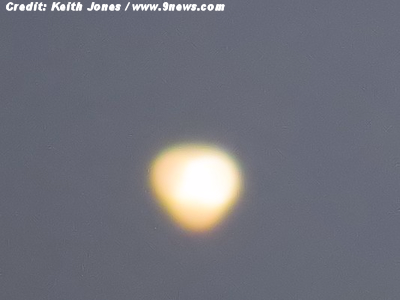 Â  Â  Â HOOPER â€“ Creepy things are lighting up the sky in Southern Colorado and no one seems to know what they are.

Is it a bird? A plane? Or a UFO? Folks who live in the San Luis Valley have their own opinions. Judy Messoline, a resident of Hooper, runs the UFO Watchtower. People from all over the world flock to it annually with hopes of witnessing something that’s out of this world.

“They’ve had documented UFO sightings in this area since the 1700s,” Messoline said.

Messoline says the San Luis Valley is a hot bed for paranormal activity. From cattle mutilations to unexplained lights â€“ it has it all. The weird thing about the Valley, Messoline explained, is the lights appear during the day and at night.

More recently, a bright white light has been haunting the Valley’s sky.

“It’s been a strange, round, white light. It’s been seen since Sept. 13 between Antonito and DaVita and all the way to Crestone. No one can figure out what it is,” Messoline said. . . .