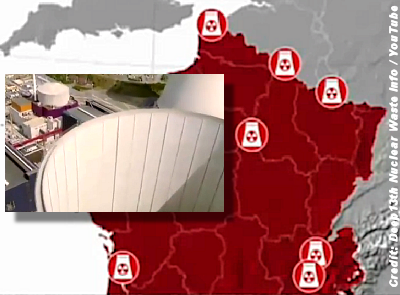 Â  Â Â A drone has flown over a nuclear plant in central France for the second time in two days, a source close to the case says.

The unmanned flying machine went over the plant in Dampierre-en-Burly on Sunday evening, said the source, who wished to remain anonymous.

The power station had already been flown over on Friday evening.

Authorities are scratching their heads over the number of unidentified drones spotted over nuclear plants across France over the past month, and a probe has been launched to try and find out exactly who is piloting the remote-controlled machines.

They have counted at least 15 flyovers, sparking questions over the security of nuclear plants in France, which relies heavily on atomic energy for electricity. . . .