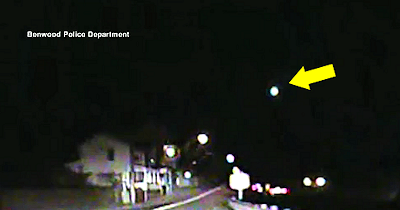 Â  Â  Â  People across parts of the country turned their gaze skyward Monday, with two objects spotted in the night sky.

The first object was reported after 6 p.m. across 11 states, from Georgia to Pennsylvania. The object appears to have been a meteor, Bill Cooke of the NASA Meteoroid Environment Office said.

A second object was spotted about an hour later over Chicago.

â€œThe Chicago event appears to be a slow mover; could be a piece of space junk,â€ NASAâ€™s Cooke said. â€œWeâ€™re checking into that as well.â€ . . .