Upon looking southward (toward the Necochea shoreline) he was startled to see the strange object. The time between 21.15 to 21.20 hrs.

If you missed PART II of this series click here!

He tells us that â€œit wasnâ€™t an aicraft. I think it was a UFO. It was oval-shaped, similar to 2 soup plates joined at the edges, very bright, and had a dome with a little blue light.â€

“By the time I called her it was already gone. Only a few seconds had elapsed since his sighting of the object, whose size he was unable to ascertain, although adding that it was â€œvery large.â€Cuando la iba a llamar ya habÃ­a desaparecido”. SÃ³lo habÃ­an pasado unos segundos desde que avistÃ³ el objeto, del que no pudo precisar el tamaÃ±o, aunque afirmÃ³ que era “muy grande”. 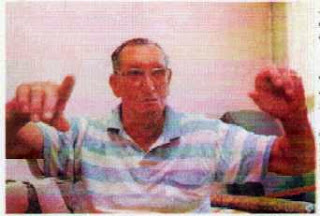 Photo of Sr. Orlando Ostrobski, who witnessed the March 1, 2000 UFO on the shores of QuequÃ©n (Argentina).

Having consulted the Necochea Airport for flights in that area, we were given a negative response: no airplanes flew over the shores of Necochea or QuequÃ©n at that time.

The object moved in silence. There was no sound of engines or injectors. â€œNothing could be heard,â€ states Ostrobski.

He further added that â€œairplanes have tails, where their beacons are located, and this object lacked both tail and beacon.â€ At this time, the night was starry and clear.

“I was on the deck and could see this large light coming. I thought: Itâ€™s not a plane, nor a chopper, because I couldnâ€™t hear any engine noise.â€

Which is why he says: ” One doesnâ€™t lie about these things. You say what you saw and thatâ€™s it.”

Durante the course of our research a few days after these events, were were able to find other witnesses in the area who saw the same phenomenon.

The UFO was was coming from the shores of the city of Necochea and into QuequÃ©nâ€™s bathing area.

Here can be found a large number of Mediterranean-style dwellings which are largely unoccupied, since they are summer residences. Its rocky sand beaches, along the pathway, offer a glimpse of an uncanny landscape. We also found several sand dunes and the QuequÃ©n Lighthouse some 400 meters away from the Pinocho area, on Calle 541 between 514 and 516, built in 1921 and standing 70 meters tall. In its vicinity we find the â€œNecochea Golf Clubâ€ which offers uncomparable greens.

There is a considerable UFO presence through this area. 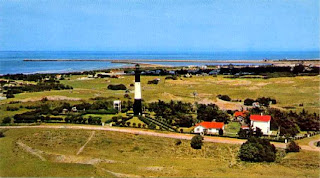 View of the lighthouse and shores of QuequÃ©n (Argentina) a region frequented by UFOs and the locale for the March 1, 2000 sighting.