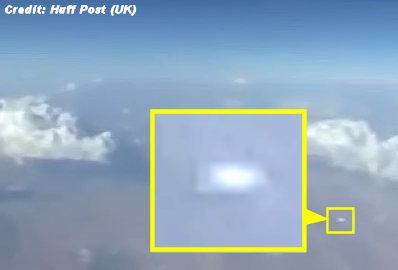 Â  Â  Â A passenger on board a commercial airliner has caught some astonishing footage of a disc-shaped UFO flying underneath their plane.

The aircraft was flying over Iranian airspace at the time and as yet there’s been no word from any government or organisation claiming it to be theirs.

While the object itself is small in the video what’s clear is that it definitely doesn’t have wings in the conventional sense, instead the object appears to be completely round in shape, echoing the classic designs of UFOs we’ve seen in the past. . . .

Another UFO Spotted Over Western Iran!