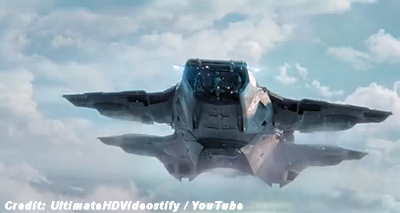 Â  Â  Â  In the 2012 movie â€œThe Avengers,â€ Captain America, the Hulk, Iron Man and the rest of the gang flew on a massive aircraft carrier that carried dozens of planes through the air and disappeared from plain view with the help of a cloaking device. The idea that the U.S. military could develop something similar is still seen as far-fetched, but this much is true: a Pentagon agency has just launched a new effort to develop an airship sure to draw comparisons.

The Defense Advanced Research Projects Agency is exploring whether it would be possible to turn an existing plane into a flying fortress capable of launching and recovering numerous drone aircraft. Doing so would extend the range of drones that gather intelligence and perform other missions while saving money and limiting the risks pilots take, DARPA officials said Sunday. . . .