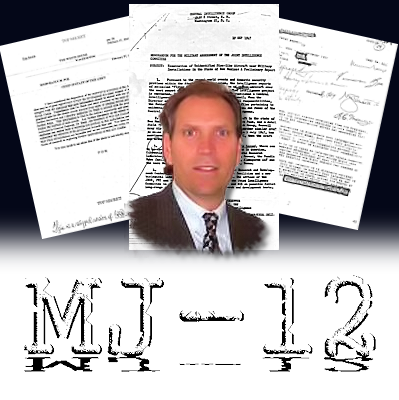 Â  Â  Â  In the interest of fairness, and remember this is my blog so that I get to decide what is fair and what is not, I mention that I have been in communication with Ryan Wood, which is to say, he emailed me. He pointed out that the documents under discussion have been on his website www.majesticdocuments.com and that these specific documents can be found at:

In the email he argues, â€œI donâ€™t think a it has any bearing (positive or negative) on â€œOperation Majestic-12â€; the right hand was not talking to the left hand (which was classified in a different vault). Majestic Joint Logistics plan replaced Masthead the previous plan.â€

But this is just one of those little things that you probably can find an exception to, meaning, we might find a duplication of code names if we looked long enough and far enough. Majestic was apparently also the code name for part of the invasion of Japan just prior to the end of World War II and yet here it surfaces as the code name for a war plan to deal with a possible Soviet invasion into Europe (and for those who donâ€™t know, war plans are created with certain scenarios in mind so that if the war happens, there is some sort of guideâ€¦ history shows that for years, many war games started with a sneak attack on Pearl Harbor by the Japaneseâ€¦ you have to wonder how it was that our top officers in the Pacific were so ill prepared, but I digress).

The next question is really how many of these little deviations must we tolerate in an attempt to validate MJ-12? One or two might be acceptable in the EBD but there are so many that it seems to me that it weighs heavily against authenticity.

That is a single, short paragraph reference in the letter dated March 10, 1950, that says, â€œIt has recently been rumored that one of these so-called flying saucers crashed in Mexico; however, details are somewhat bizarre at the moment.â€

This too is interesting. Oh, it doesnâ€™t validate the El Indio â€“ Guerrero crashed saucer of the EBD, because, as you can see, it is dated many months before that event is alleged to have happened. And there isnâ€™t much in the literature about crash. The only thing I can find is reference to the Ray Dimmick who claimed to have a strip of metal which he, Dimmick, was told came from the spacecraft. Dimmick himself hadnâ€™t seen the craft or the body of the 23â€ tall alien creature. He heard the tale from two Mexican businessmen and an American, whom he declined to identify. The Project Blue Book files contain newspaper clippings about the case, but made no effort to investigate it (which is probably the right thing to have done, given the facts, or the lack thereof.)

In the clipping I have, there is an interesting note that is not at all relevant to this discussion or MJ-12. It said, â€œReminded that the Air Force announced last December it was dropping its investigation of flying saucers because of preponderance of evidence that they do not exist, Dimmick said, â€˜Iâ€™m big enough to take the consequences of what Iâ€™ve said and stand my ground.â€™â€

When I mentioned this to Ryan, he said, â€œBlount may have been sloppy, certainly could have meant New Mexico. It may be â€˜recentâ€™ to Blountâ€™s understanding and actually happened years before.â€

Well, I had thought of the same thing, but Iâ€™m just not sure that it holds up. Dimmick is a better fit because it was just days before the Blount letter and it was in Mexico as opposed to New Mexicoâ€¦ but anyone who had read the Dimmick tale and who had any reading comprehension at all must have realized that it was not grounded in reality.

The point here, however, was to note that Ryan Wood had found the Majestic war plan documents before Tony found them and had posted them to his Majestic web site. I am a little surprised that they didnâ€™t trouble him a little more than they have, but then, I might be a tad bit more cynical than Ryanâ€¦ too many people have lied to me about too much.