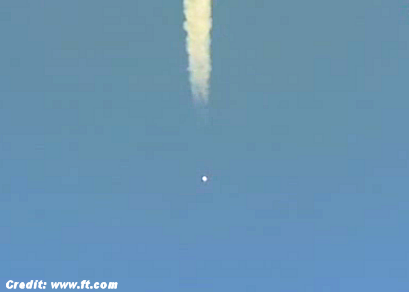 Â  Â  Â It is a tale that could have come straight from the cold war. A mysterious object launched by the Russian military is being closely tracked by western space agencies, stoking fears over the revival of a long-defunct Kremlin project to destroy satellites.

For the past few weeks, amateur astronomers and satellite-trackers in Russia and the West have followed the unusual manoeuvres of â€œObject 2014-28Eâ€ in the skies, watching it guide itself towards other Russian space objects in a pattern that appeared to culminate last weekend in a rendezvous with the remains of the rocket stage that launched it. . . .