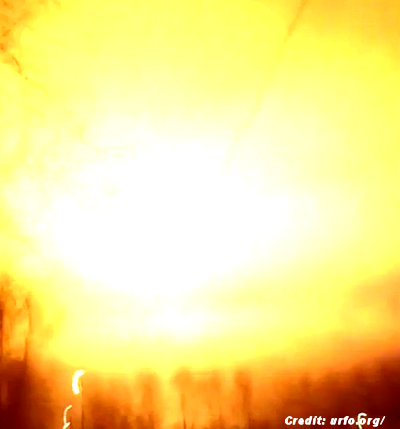 Â  Â  Â A strange celestial event happened last weekend in the Sverdlovsk region. First, the sky turned red, and then lit up with a bright yellow light.

The correspondent of ” New Region “, last weekend sverdlovchane witnessed the strange celestial phenomenon; comment has been made by weather forecasters nor Sverdlovsk Hydrometcenter nor representatives Kourovka Observatory. The best observation point to witness the phenomenon was seen in the sky over the city Rezhom. Video was filmed by Anton Glavatskih, a schoolboy and his classmates. Locals suggest that it could be a meteorite, similar to the one that fell in the Chelyabinsk region in February 2013, and possibly explosions on the old Rezhevskoy chemical plant. . . .