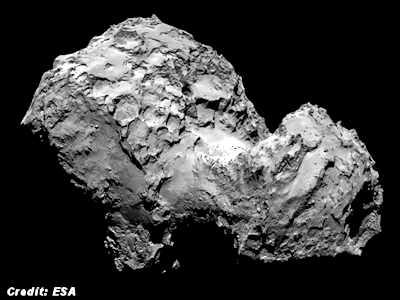 Conspiracy theories never die, but that doesn’t mean we can’t get smarter about dealing with them

Â  Â Â Youâ€™ve surely heard the exciting news that the European Space Agency successfully landed a small spacecraft on the surface of Comet 67Pâ€”or perhaps we should say â€œComet 67P.â€ Because what you probably havenâ€™t heard is that the ostensible comet is actually a spacecraft, that it has a transmitting tower and other artificial structures on its surface, and that the mission was actually launched to respond to a radio greeting from aliens that NASA received 20 years ago. . . .