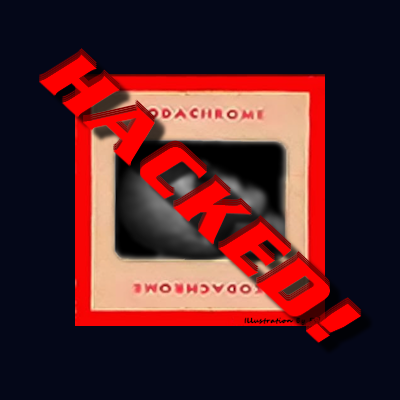 Â  Â  Â Ross, a commenter at the ‘UFO Conjecture(s)’ blog, stated today in an email exchange with ‘The UFO Trail’ that his email and the accounts of some high profile UFO-researchers were hacked in relation to the alleged Roswell slides. Ross further stated that he believed “a three letter agency” was responsible.

Ross stated that he assumed he was initially targeted due to his involvement in email exchanges about the slides. He first got involved in the saga, he indicated, about 18 months ago through reading ‘UFO Conjecture(s)’ [then The UFO Iconoclast(s)] and exchanging emails with its author, Rich Reynolds.

“Based on the resources required to do what I think they were doing; intercepting our comms as opposed to just ‘hacking’ and just the way things transpired I’m of the opinion this was a three letter agency,” he added.

The party responsible for compromising the emails was obviously interested in the slides, Ross explained, and generally caused disruption.

“My instinct was that whoever we were dealing with had a sophisticated operation behind them,” Ross wrote, “and figured I may as well try communicating to see what they have to say (the hacker used various safe-mail accounts to interact with us).”

Ross continued, “The first response I received to a communication I had initiated was a list of emails which were mostly discussions about the slides, but there was some unrelated material there (which I discarded). This was obviously the hacker wanting to let me know the extent of the surveillance. There was a lot of smoke and mirrors, but overall the story was that these slides were of interest to certain three letter agencies. There were offers of money, a sit down meeting with someone fully briefed in what the government really knows about UFOs, and even the opportunity to see for real what the slides supposedly depict. All these offers were related to my acting as a conduit to arrange a meeting between the people handling the slides and the party/parties doing the ‘hacking’. This wasn’t something I was in a position to set up not being in contact with or on good terms with the people involved.”

Ross alleged that further intrusions involved telephone disruptions, explaining, “I got some strange calls and some even stranger interruptions into calls I was making. It would be things like ‘have you considered our offer’, ‘we can help each other’, that kind of thing. I had kept that part quiet because people just tend to write people who say stuff like that off as loons.”

The events unfolded “over the last few months,” subsiding in the last six weeks or so. Ross interpreted that computer experts and the FBI were alerted to the circumstances but investigations resulted in “dead ends”.

“It was clear to me that what they were engaged in was a labor, it wasn’t recreational, it was a case of this is how we do this and it has to be done. For example, ‘these issues crop up from time to time and it is important that we deal with them so they can be managed in a way consistent with established practices’, which was an answer as to what was with all the smoke and mirrors and bullshit riddles.”

“I think the goal was to spook people,” Ross concluded, “to derail the slides investigation and to attempt to recruit people into a conspiracy with the ultimate goal of securing the slide material on their behalf.”

Prior to the email exchange with Ross, attempts were made to obtain comments from writer/researcher Thomas Carey about his statements about the slides during his recent appearance at American University. Carey was emailed Nov. 13 and permission was requested to submit a few questions, to which Carey replied the same day, “Sure.”

The questions, which included inquiries about what evidence he felt existed that directly linked the alleged slides to Roswell and what he would say to critics that assert the slides only contain images of unknown circumstances that cannot be conclusively demonstrated to involve an ET life form, were emailed Nov. 14. After receiving no responses, a reminder that his comments would be appreciated was sent Nov. 18. As of this post, no further emails have been received from Carey.