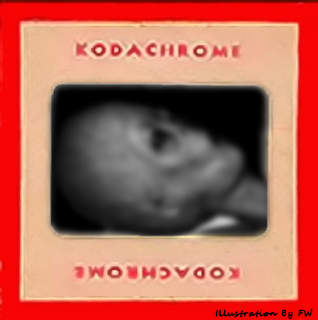 â€œThe school is extremely pleased, and they had previously been a little wary,â€ he said after the first â€” albeit brief, at three hours â€” university-sponsored UFO conference in memory. â€œThere were literally close to two dozen people who helped us produce the event. Every single person was in sync in what I would definitely call an historic event. It was a remarkable day and I think American University really set a standard. It was the tone â€” it wasnâ€™t sensationalistic.â€

Um, well, sort of not. The key here, said Weiskopf, was scheduling a lineup of speakers based largely on author Leslie Keanâ€™s sober assessment of the phenomenon, UFOs: Generals, Pilots and Government Officials Go On the Record.

She and two of the bookâ€™s chief contributors â€” former NASA scientist Richard Haines and retired Air Force colonel Charles Halt â€” were on the panel. But so was Thomas Carey, longtime investigator of the 1947 Roswell Incident, an event so thoroughly analyzed, cogitated, muddied, exploited, debated, disputed, contested, disfigured, wrangled, mangled, hashed, rehashed and overexposed, it has become synonymous with futility, if not cliche.

And, of course, the only major media outlet to cover the AU discussion â€” Washingtonâ€™s news-talk station, WTOP â€” couldnâ€™t help but catch the shiny Roswell bling and lead with it, big time. Who wouldnâ€™t? After all, Carey, co-author of Witness To Roswell, claimed to have the â€œsmoking gunâ€ â€” two color Kodachrome slides, allegedly stock-dated to 1947, that purport to show a glass-encased alien cadaver.

The Kodachrome controversy has been percolating for nearly two years now, and the acrimonious fallout says far more about human ego than it does about the evidence at hand. In fact, no one outside a select few have actually seen that evidence, which Carey promised nearly 200 AU audience members would be released sometime next year. But what a tease.

The corpse, he said as reported by WTOP, was â€œ3 and a half to 4 feet tall, the head is almost insect-like. The head has been severed, and thereâ€™s been a partial autopsy; the innards have been removed, and we believe the cadaver has been embalmed, at least at the time this picture was taken. The owners of the slide â€” itâ€™s an amazing story. The woman was a high-powered Midland, Texas, lawyer with a pilotâ€™s license. We think she was involved in intelligence in World War II, and her husband was a field geologist for an oil company.â€

â€œWell, that was pretty sensational,â€ admitted Weiskopf, whose first and foremost obligation was to AU students enrolled in his â€œAlien Contact: Science and Science Fictionâ€ honors course. â€œBut I wanted to balance it out with a more popularized speaker, and Roswell is still in the popular mind.â€

True that. If the points that other panelists hoped to score with larger audiences got eclipsed by the Roswell presentation, no one chose to vent on the record. Haines, whose National Aviation Reporting Center On Anomalous Phenomena focuses on aircraft safety posed by The Great Taboo, volunteered nothing but praise for AUâ€™s hosting â€œsuch a controversial subject in an open and publicized way. I personally hope that this event might encourage other institutions of higher learning to do the same, both within their own honors program departments and also within other main-line departments.â€

Halt, whose own startling UFO encounter at a U.S. airbase in southeast England in 1980 continues to provoke debate, said he was â€œextremely impressedâ€ by AUâ€™s adventurous initiative. Nevertheless, â€œDonâ€™t hold your breath waiting for another university to step up,â€ he cautioned in an email. â€œMost are afraid to accept the truth and are fearful of being pilloried by the media. That said,â€ he added, â€œI see (this) as (a) glimmer of light at the end of the tunnel.â€

Ever the diplomat, Kean preferred to concentrate on bridge maintenance, with an eye to the future. â€œAU did a superb job and everything went smoothly â€” and itâ€™s amazing that they did it and got such a favorable response,â€ she said. â€œSo it was extremely positive.â€

â€˜Nuff said. At least for now.