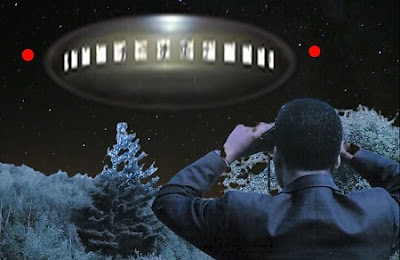 A recent article in the November 11 issue of Scientific American claims that alien abductions might be nothing more than “accidental awareness” caused by psychological damage inflicted upon a patient who awakens too soon while undergoing surgery. This hypothesis is presented by Anne Skomorowsky, Assistant Professor of Psychiatry at Columbia University and Psychosomatic Medicine Specialist at the New York-Presbyterian Hospital.

I received the Dr. Skomorowsky’s article from a colleague who questioned if it was joke of some kind. I did as well, until I discovered that it has been printed in a prestigious journal. The article was loosely based upon the largest collection of data on “accidental awareness” ever assembled. It had been released by the Royal College of Anaesthetists. No mention was made of alien abduction. However, Dr. Skomorowsky’s article was linked to one written in 2008 by David V. Forrest, M.D., a Clinical Professor of Psychiatry at Columbia. Dr. Forrest noted that frequently reported narratives of alien abduction, altered state of consciousness, uniformly colored figures with large eyes, nakedness, a high tech room, etc. resemble medical-surgical procedures. He cautioned that if surgeons and anesthesiologists are creating false memories of alien abduction, the medical community should take note of it. Dr. Skomorowsky carried this conjecture to fruition in her article for Scientific American.

Dr. Skomorowsky suggests that under hypnosis with Dr. Benjamin Simon, Betty and Barney Hill might have recalled episodes of “accidental awareness” from prior surgeries, not alien abduction. She states, incorrectly that the Hill’s story includes nude medical exams and invasive probing by bug-eyed greenish humanoids. The fact is that they Hills were not stripped naked, nor were the non-human captors bug-eyed or green, as she suggests. Betty’s underwear was not removed and Barney’s trousers were only briefly lowered for the extraction of sperm and possibly a stool sample. Betty was the victim of one episode of invasive probing, when the “examiner” thrust a long needle into Betty’s navel, explaining that it was just a simple test that wouldn’t hurt her. The “leader” later added that it was a type of pregnancy test. Under hypnosis, Betty’s memory of this event was so traumatic that Dr. Simon decided to end the session early. Today, based upon hundreds of similar reports, we suspect that this procedure is employed to extract ova. Betty had never undergone amniocentesis or abdominal laparoscopy. They were not even being used in hospital operating rooms in 1964, at the time of Betty’s hypnosis sessions. Thus, to compare it to a prior surgical procedure recalled through “accidental awareness” is ludicrous.

Dr. Skomorowsky conjectures another episode of “accidental awareness” when she imagines, “Assuming Barney Hill wasn’t actually brought aboard a spaceship that night in 1961, he may have experienced a flashback to his tonsillectomy. He was cold. His eyes were closed. He didn’t want to be operated on. Then he woke up under general anesthesia, to full-blown terror, surrounded by distorted beings, squinting in the blue light of the OR. Perhaps the pain and horror of awareness overwhelmed his mind, or maybe it was the anesthetic drugs, but somehow the experience disappeared from his working memory–until he and Betty came to believe they had crossed paths with an unidentified flying object on a dark and lonely New Hampshire road.” 1

Dr. Skomorowsky fails to explain that the Hills had conscious, continuous recall of observing a silent, hovering disk-shaped craft the size of a dinner plate at arm’s length, around midnight on September 19, 1961. It loomed no more than 200 feet above their 1957 Chevy before it descended and then shifted over an adjacent field. Nor did she state that Barney was terrified when, through binoculars, he sighted figures dressed in shiny black uniforms that were “somehow not human” staring down at him. Or that Barney sensed he was going to be captured “like a bug in a net” moments before he fled back to his car. 2 She didn’t write of the code-like buzzing sounds that the Hills said struck the trunk of their vehicle and caused their car to vibrate. Or the tingling sensation that passed through Betty and Barney’s bodies moments before they found themselves 35 miles down the road with little memory of what had occurred in the interim. She failed to mention that all of this had been reported and documented months prior to the Hill’s hypnosis sessions. She failed to mention their conscious memory of a road block, a fiery orb that was moving even though they weren’t moving, or the physical and circumstantial evidence (torn dress, scraped shoes, magnetic field around the trunk of their car, broken watches, etc).

Dr. Skomorowsky’s statement demonstrates that her intent was to create a convincing hypothetical scenario in support of her conjecture, even though it is factually inaccurate. She extracted bits of information and reassembled it in a false speculation. The fact is that Dr. Simon’s hypno-analysis session probed Barney’s memories of childhood experiences that might have been emotionally equivalent to his memories under hypnosis. She seems completely unaware of Dr. Simon’s outstanding background in treating PTSD. In the sentence prior to his observation of a pale blue “operating room”, Barney recalled being assisted out of his car. His arms were up in a position of being supported, his elbows were out, and he was moving. But he was not walking. He stated, “I am only thinking of mental pictures because my eyes are closed, and I think I am going up a slight incline, and my feet are not bumping on the rocks.” (*Bumping on the rocks in an operating room?) “That’s funny, I thought of my feet bumping on the rocks. And they are going up smoothly, but I’m afraid to open my eyes because I am being told strongly, by myself, to keep my eyes closed. Don’t open them. I don’t want to be operated on.” The factual records show that Dr. Simon asks Barney if he has ever been operated on. He replies, “Only for my tonsils.” 3

Dr. Skomorowsky incorrectly assumes that Barney is recalling a flashback to his childhood tonsillectomy. The fact is that he answers a direct question by Dr. Simon, “Have you ever been operated on?” If she had bothered to read the next series of questions and answers, she would have known that Barney had not recalled a flashback to his tonsillectomy. He was recalling two entirely different events. First, he recalled that his childhood physician had peeked into his ear with a light. Second, he recalled an admission to the hospital for a suspected, but undiagnosed case of appendicitis. Barney stated, “It was in the Mercy Douglas Hospital and I was in there because they thought I had appendicitis… I used to walk down the corridor and peek in the operating room, and I thought of that.” Dr. Simon asked, “Was that operating room blue?” to which Barney replied, “No. It has bright lights…bright lights like a bulb. But this room (*on the craft) was not like that. It was spotless. I thought of everything being so clean and I closed my eyes.” 4 How could Dr. Skomorowsky allege that Barney was experiencing a flashback to the blue lights of an operating room? Did she not read his statement that the craft was not like the operating room he peeked into as a child? Is this another example of constructing fiction to fit her hypothesis?

A factual account of Barney’s testimony demonstrates quite the opposite of the scenario contrived by Dr. Skomorowsky. He mentions that he didn’t want to be operated on, but he does not know why he thinks of an operation. His eyes are closed and he is thinking only in mental pictures. His pants are on, but his fly is open and his “private parts” feel cold. Dr. Simon asked, “Did you feel you were going to be operated on?” Barney replied “No”. Nor did he feel that he was going to be attacked in any way. He explained, “I was lying on the table and my fly was open, and I thought, ‘Are they putting a cup around my private parts?’ And then it stopped and I thought, ‘How funny.’ I thought, “How funny. If I keep real quiet and real still, I won’t be harmed, and it will be over. And I will just stay here and pretend that I am anywhere and think of God and think of Jesus and think I am not afraid.” 5

I am astounded that anyone could mistake a possible sperm sample for a tonsillectomy. Certainly the penis is not located near the tonsils. Nor was Barney experiencing a flashback to a childhood tonsillectomy. Dr. Skomorowsky seems to have no knowledge that my comparative analysis showed nearly identical details were given by both Betty and Barney in situations in which they were both present that were different than the details in Betty’s dreams. Nor is she aware that they were seen separately by Dr. Simon every Saturday for nearly six months and he reinstated amnesia at the end of each session. Bug eyed greenish humanoids?? That isn’t what Betty and Barney reported seeing. Why was she not aware of the star map work or the alien symbol study?

“Accidental awareness” might present trauma to surgical patients who awaken during surgery, but it is not a valid explanation for Betty or Barney’s experience aboard a landed disk shaped craft in 1961. Perhaps Dr. Skomorowsky would have realized her error if she had read my book with Stanton T. Friedman Captured! The Betty and Barney Hill UFO Experience.