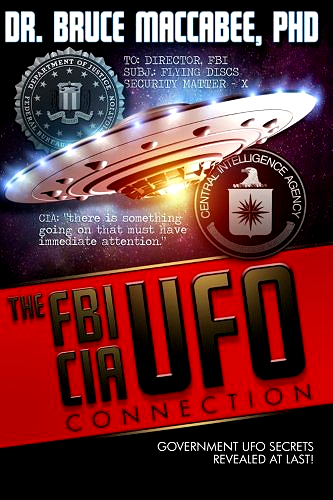 I have read numerous conspiracy based websites about the depth of the involvement of the US Central Intelligence Agency (CIA), in UAP. Few people, however, have had the opportunity to interact with CIA personnel with an interest, in this area. So, it was with great delight that I read Maccabee’s book titled “The FBI CIA UFO Connection.” Published by Richard Dolan Press. Rochester, NY. ISBN 978-150 231 7216 (2014).

Maccabee relates that following his investigation of the 1978 New Zealand, visual, radar and photographic case, he was referred to a Dr Gordon MacDonald of the MITRE Corporation, who referred him to a contact in the CIA known to MacDonald.

“About the middle of March…I got a call from a man who said he worked at the CIA and offered me the opportunity to get some technical help if I would present my work to the CIA.” (p.259.)

Maccabee then presented his NZ case work to seven CIA employees, one of whom was a Christopher ‘Kit’ Green. Green invited Maccabee to return at a later date “…for a more general discussion of the UFO subject.” (p.296.) Maccabee subsequently met with Green and two other CIA employees. “Kit portrayed his interest in the subject , and that of the others, as more of a personal than an agency interest.” (p.297.) A week later, Maccabee returned to talk to a radar expert at the CIA about the New Zealand case.

Maccabee was at this stage working at the Naval Surface Weapons Center in Maryland, in the field of Laser Generated Underwater Sound (LGUS.) In August 1984, he received a call from a Dr Ronald Pandolfi. Pandolfi was”…a scientist and intelligence analyst in the Scientific Intelligence branch of the CIA.” (p.299.) Pandolfi questioned Maccabee about LGUS. Pandolfi knew of Maccabee’s UAP interests, and earlier visits to the CIA, via Kit Green. “Thus began a more than fifteen year association with Ron based on the original CIA interest in LGUS and an unofficial interest of Ron and other agency employees on the subject of UFOs and the status of UFO research.” (p.301.)

Pandolfi resurfaced at the time of the 17 November 1986, JAL1628 aircraft encounter over Alaska. Maccabee learned of the case via Pandolfi on 30 December 1986 and “I told Ron about my concern and boldly asserted that I could do a better investigation than the FAA.” (p.313.) Pandolfi contacted the FAA and arranged a meeting with John Callahan, Division Chief of the Accidents and Investigations Branch of the FAA. Pandolfi, Maccabee and another CIA employee met on 5 February 1987 with Callahan and others. “Then, as we left, Ron surprised me with a gift: a box containing radar printouts, transcripts of interviews, a copy of the AARTCC voice tape and numerous other valuable documents.” (p.316.)

“At the time of the investigation I wondered whether or not Ron would get into trouble for supplying me with the information I needed to analyse the sighting. After all, UFO investigation was not supposed to be a task of the CIA…Many years later (2008) he told me that there was an official concern but it was not that the UFOs may have been ET craft. Rather it was that they might have been Soviet jets trying to use a large commercial jet aircraft, as a sort of cover for clandestine flights over Alaska. (p.319.)

Pandolfi invited Maccabee “…to speak about the UFO subject at CIA headquarters.” (p.322.) He did so on 7 July 1987 to about two dozen people. One effect was “…my lecture had created a lot of “spies” within the agency, that is, employees who were using their top secret clearance level to nose around and try to find top secret UFO related information and projects. Whether anyone found such projects, I do not know.” (p.322.)

Pandolfi later told Maccabee that “…a CIA archivist had spent some amount of time searching but had not found MJ-12 in the CIA files. ” (p.324.)

Maccabee then became involved with investigations into the numerous visual sightings, and photographs associated with Gulf Breeze.

During meetings about the LGUS Maccabee appraised Pandolfi of his investigations “…there apparently was a considerable level of interest on the part of CIA employees. About the middle of September, I showed some of Ed’s pictures to several employees and was invited to discuss this and other UFO subjects with a branch chief.” (p.332.) Maccabee then lectured at the CIA about his Gulf Breeze research.

A wave of sightings came out of the Soviet Union. Maccabee writes “In August 1989, I pointed out to Ron that we could not keep up with the Russian flap because of the language problem, so he arranged to have newspaper articles translated for agency use and for me to receive copies of FBIS translations.” (p.339.)

“About two months later, in June, Ron told me that the fact that Maltsev had made a series of official reports about the March 21 sighting caused quite a stir at upper CIA levels.” (p.340.) Maltsev was Air Defence General Igor Maltsev.

In 1993, the Director of the CIA Robert James Woolsey asked National Reconnaissance Office historian Gerald K Haines “…to review all the records on the subject and write what would be the official history of the CIA involvement with the subject of UFOs.” (p.341.) Maccabee received a copy in 1996, “I thought I might learn something about saucers/UFOs that I didn’t know. No such luck.” (p.344.)

“The subject of my last lecture at the CIA was a UFO that had a “magnetic personality.””(p.348.) This was the 11 September 1992 Gulf Breeze case when an investigator used a flux gradient magnetometer to determine the presence of a magnetic field, where the sighting had occurred. Maccabee writes “The CIA employees were as puzzled as I by the “magnetic sighting.” (p.356.)

Maccabee summarises his efforts by saying “From the time I first visited the CIA, I wanted the answers to two main questions…I wanted to know (a) if they had top secret information about UFOs and (b) if they were in control of the assumed cover up.” (p.357.)

In response to these two questions, Maccabee says “Kit seemed to treat the subject as something of medium importance, not very important but not something to laugh at…Ron on the other hand, seemed to treat it as a joke or an amusement.” (p.358.)

“…but there didn’t seem to be an official reason for the CIA to pay any attention to UFO research. Then, in 1990, Ron told me the official reason: the possibility of espionage. He said that in the 1970’s, the CIA had obtained “firm evidence” that the KGB had devised a plan to use US citizens, including UFOlogists, to penetrate the US defense program.” (p.354.)

Maccabee answers part two of hit two part question, was there a hidden CIA control group, by saying Pandolfi, in March 1994 told him “The Director of Central Intelligence and the Deputy Director come to me when they want to know what is going on in UFOs. He admitted there might be a liaison person, a sort of “mole” in the CIA, working with a UFO group in another agency, but he was “not aware of any group in the CIA.””(p.361.)

Maccabee mentions in other places in his book, that he felt he knew more about the UFO topic than any CIA employee he came across.

“Kit, during a conversation in 2008, provided a potential answer to this question. He told me that he had questioned 18 top level CIA officers to cabinet ministers and high level military and even a president. Most didn’t know anything about the subject but some did. This led him to conclude that there was something going on, but not in the government.” (.361.)

Having said all the above, Maccabee notes, that in 2012 “…another CIA employee, Chase Brandon told interviewers that he had seen, some years before, a “Roswell box” inside a Top Secret vault that contained part of the Historical Intelligence Collection of the CIA.” (p.362.)

Overall, a very interesting insight by Maccabee into the role of the CIA in UAP. One wonders which of their employees now, if any, undertakes the role previously taken by Christopher Green and Ronald Pandolfi?

For a six part series of posts on Christopher “Kit” Green, by my former co-blogger Pauline Wilson, please take a look at January 2011 in this blog’s archives. Part one may be found here.

Declassified CIA Docs “Proves . . . Intense Interest in UFO Sightings in Other Parts of The World . . .”