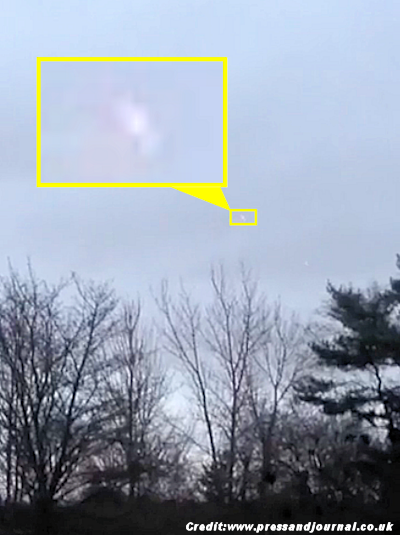 An Aberdeen man has claimed he has filmed evidence of UFOs that look like “bright glowing orange birds” flying over the skies of the Granite City.

James Crockett took this video from his phone in a park in Bucksburn today.

In the video, orange lights are seen soaring eerily across grey sky.

He said that he was only watching the skies because of the loud bangs being reported on twitter across the UK, under the hashtag #loudbangs.

Mr Crockett said: “There is no explanation for the bangs, people have been linking them to all sorts like UFOs , meteors, or secret government tests. And then I saw the birds the next day.

“It was bizarre , I just literally saw normal flocks of birds
like you would see every day but they were completely luminous and glowing orange all over, almost like they were on fire but there weren’t on fire as they weren’t distressed.

“It really is inexplicable. I should say they moved and flew like birds, but were completely glowing like lights. . . .