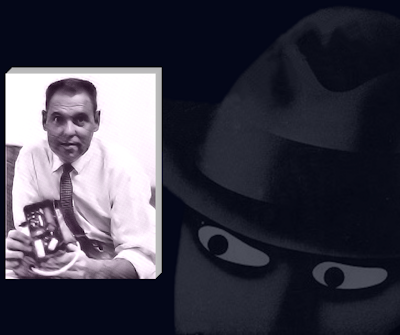 The Henry McKay Confession Tape is an audio cassette tape from 1978 of pioneer UFOlogist Henry McKay (my great-uncle) talking about his experiences of being watched, stalked and harassed by authorities due to his UFO research involvement. I don’t recall if Uncle mentions in this tape that he had to get his local politician involved to finally get his P.O. mailbox back after it “mistakenly” was shut down and taken away from him.

I cranked the volume up as loud as it would go in the video editor, so you might need headphones depending on your speaker system. But most should be able to hear without headphones.

I do not know who Henry (my great-uncle) was talking to in this tape. All I know is that this conversation took place in a car in front of Henry’s home in Toronto, Canada in 1978. About half-way through the tape you will hear it raining outside. At around the 22 minute mark the tape goes blank, I have not done anything to it, this is the way it is on the original tape and I have no idea what caused this. Then the audio comes back. Then around the 27 minute mark the tape cuts off as Henry is mid-sentence and then you hear Uncle do a countdown — no idea what this is all about. Then all of a sudden the tape comes back to the interview in the car. Your guess is as good as mine.

In this audio cassette tape Henry talks about his mail being diverted, his telegram being diverted, his telephone being tapped, men watching his house from their car, being chased down the highway by an unknown vehicle, police showing up at his door to harass him from a city over 3 hours away, army showing up at his investigation sites (Henry specialized in landing sites and physical traces), and the monitoring of UFO investigators and researchers. Henry also mentions the Edwin Fuhr case (Regina, Saskatchewan) and that the police told Edwin not to say anything about his UFO sighting. He also mentions the Stephen Michalak case in Falcon Lake, Manitoba. He also talks about Ground Saucer Watch attempting to take the government to court regarding harassment for investigating UFOs. He also talks about his long fight with the government to get the Joe Borda files from the government (over 10 years Henry tried) in Brantford when a UFO landed in a tobacco field.

As you will hear in the tape, Henry called the harassment and monitoring from authorities “the loyal opposition”. A very fitting title for them.

This audio is courtesy of the official Henry McKay UFO Archives™ at UFOsUpClose.com

Henry McKay was a pioneer UFOlogist. He was the very first Director of MUFON in Canada. He was also one of the first modern-day UFO investigators to specialize in physical traces associated with UFO landing sites and close-range UFO sightings. His work was mentioned in the book “The Philadelphia Experiment”. He was an electrical engineer with the Air Force. He was also on the Board of Directors for the “North American UFO Federation” (headed by Richard Haines), was an associate of CUFOS (Dr. J. Allen Hynek), and also investigated for NICAP (Major Donald Keyhoe of the US Marines). He was good friends with Dr. J. Allen Hynek. He also gave a briefing at a hearing to the “Royal Commission of Electric Power Planning” in regards to UFO related power disturbances. For more info on Henry there is a MUFON webpage dedicated to him here.