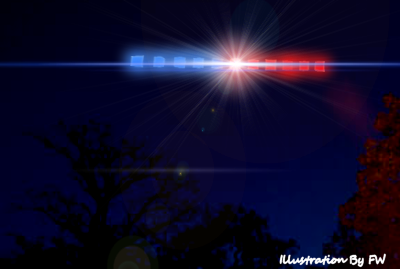 As part of any serious study of the UFO/UAP matter, sooner or later an undertaking of in-depth case investigation is obviously essential. As a member of Victorian UFO Action (VUFOA), as well as an instigator of a new national sightings database with colleague Keith Basterfield, I have recently spent much time studying a number of cases, both old and new, many of which I will be publishing either by myself, or with Keith, or with VUFOA. I have spent considerable time working on such cases as the North West Cape US Navy sighting of 1973, right through to the 2014 “near miss” between a passenger plane and an “unknown object” over Perth – “unknown object” being the Australian Transport Safety Bureau’s terminology – not mine.

I have recently worked on one of the most unusual cases I’ve ever heard from Australia, or certainly one of the most unusual in recent times. In mid-2014, on the south-east coast of NSW, two people were into well into a long-term house-sitting stint on large rural property. On the 29th of May, around 2am, whilst talking and watching the sky for meteors, planets, etc the woman first noticed a hazy, white, foggy light in the distance. She drew her partner’s attention to it, and over the next two minutes it became larger in size. At this point, they considered the possibility that it might be the neighbour’s backyard sensor light or a small fire. After four minutes it was still growing in size. They then considered whether or not it might be car headlights. At this point, suddenly the white hue became a red hue/fog. At the same time it seemed to split.

It became a row of about ten red and blue, circular lights lined up, with a bright white beam at the front. As they were new to the area they continued to look for a logical explanation. Then the row of white, blue and red lights suddenly compacted itself whilst an incredibly loud noise commenced. The witnesses’ best guesstimate as to the distance to the object, was 900 metres. In the witness’ own words “It then scanned the terrain of the hills and the valley just opposite us, very low to the ground (around tree level) shining this incredibly bright white light through the trees to the ground, as well as in front of itself.” The red and blue lights hovered around it. By this time both witnesses were terrified by the weird, oscillating sound and the foggy, hazy light, all around them.

So, there was the row of lights some distance away, plus all around them was a foggy, hazy light. This fog, quite a distinct phenomenon from the first event, was coming from “…three different rhombus shapes, 1 green, 1 yellow and 1 red. They had cross hatching effects, sort of laser light effects creating their shape and overlapping one another. I estimate it would have been 10-20 metres above us.” There was no air turbulence felt. “We’re pretty sure the noise was coming from the scanning light and not the one above us…” At this point, the scanning light came closer to them and they ran into the house and did not look out for 40 minutes, even after the noise ceased. They then noted some light activity still going on on the other side of the valley; little lights joined together and left the area. Suddenly all the dogs in the area began to howl. The area surrounding the house has some paddocks, but is mostly bushland.

Working with the witnesses, we are now looking at all possibilities, but initial investigations indicate a very real and very tangible event did occur. I have already mounted investigations with some government agencies and a study of the geographical area in question. The witnesses wish to remain anonymous. Privacy is essential for a number of reasons. A full report will be published soon.