We have been sent information that supports the movie viral campaign theory. One story comes from a reader who says he saw a trailed for the movie that was online for a short period of time and then taken down. Another comes from Dr. Lynne Kitei, who runs the website ThePhoenixLights.net and has made a documentary on the subject. She was a witness herself. She says that a group making a movie about the Phoenix Lights approached her asking if she would like to be involved. She said she declined.

She says the movie being about aliens battling the US Military is in stark contrast to the data, which indicates that the Phoenix Lights Events were benevolent. She stated that,”there has not been one report of harm, threat or abduction associated with the 1997 AZ mass sighting in over 17 years,” adding that this new video and website may be a PR ploy by those movie makers.

Perhaps the best tip was from another reader who says they recognized Collins as being an actor in an episode of Seinfeld. They said it was the guy who sold the Karl Farbman furniture. Being avid Seinfeld watchers, we at OpenMinds.tv immediately recognized the episode, and sure enough, it does appear to be the same actor. His name is James Patrick Stuart. You can read more about him on IMDB. 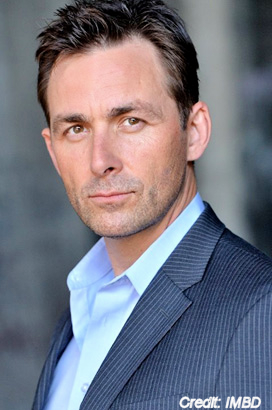 It looks like the Seinfeld Farbman sales guy is the same actor who is now portraying David Collins. Interestingly, when The Black Vault posted our story about this video, The Black Vault’s founder, John Greenewald, also labeled it a hoax. He says he received an email alleging to be from Collins, who was disappointed that Greenewald would label his video a hoax. Greenewald responded that he would be more than happy to post a retort from Collins, but has not yet received a response to this offer.

THE PHOENIX LIGHTS, THE REAL INVESTIGATION | 17th Anniversary of The Phoenix Lights