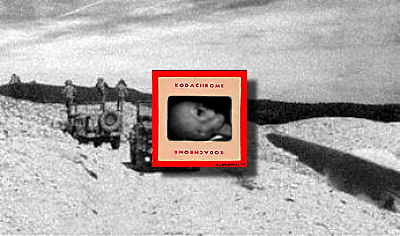 For a couple of decades I have been chasing stories of pictures of the Roswell crash. I have been given the names of some of those who supposedly had pictures, talked to others who thought they might have seen pictures, and tried to find those who might have taken pictures as part of the official investigation. In this I have failed, other than finding lots of pictures of alien bodies, all of which seem to be traced to hoaxes, frauds and science fiction movies.

I have not seen the Roswell slides but have heard descriptions of what they show as many of us have. I know a little about how they were discovered and who owns them now, but I have not been involved in the investigation of them. I know that Tom Carey said that they have been dated to 1947, but I don’t know how that dating was accomplished, I don’t know how accurate it might be, and I’m not sure of the relevance of it.

All of this, however, set me to thinking. If the slides were made in 1947, as has been alleged, then what was the motivation for it, if it was a hoax? In other words, why would someone in 1947 make something like that? What would be the purpose?

Then, taking this line of speculation further, and I must point out this is all speculation now, were there any flying saucer cases that hinted at such things, other than Roswell? Well, yes there were. There were many reports of flying saucer crashes, all of them, other than Roswell, seemed to be invention by the participants and few of them talked of alien creatures.

There is one, though, that reached a wide national audience in the late 1940s, and that is, of course, Aztec. Now, I think Aztec was a hoax created by two con men who were attempting to sell some cockamamie metal detector or mineral detector and were claiming that alien technology had been used to create the machine. That doesn’t matter right now. What is important are pictures and that does relate to Roswell.

According to Scott Ramsey in The Aztec Incident, some guy named McLaughlin, had pictures of a flying saucer crash, and according to documentation found by Ramsey, it relates specifically to Aztec. This document doesn’t prove that there was a crash at Aztec, only that some guy was attempting to sell pictures that he alleged were taken at the crash site. The document was dated October 9, 1950.

Now the question seems to be what do the pictures show, if there were, in fact pictures. The only description available is that they show the crash which would imply that they were taken in the field and not inside a building or of a body on a Gurney. If there were bodies lying around, it would seem that pictures of them would have been taken, but without a description, we just don’t know.

Here’s the thing… This is a story about the Aztec crash, and the desire for evidence of it… Newton carried around some little bits of metal that he claimed came from the crash… and that tale would be enhanced if there were pictures of bodies. Someone might have conjured them up as further evidence of the Aztec crash.

What I’m saying is that here we have a motive for the invention of the pictures in the right time frame. We aren’t locked into 1947 and pictures created in 1948 or 1950 for that matter, could have been taken with film made in 1947. I simply don’t know enough about how the dating was done to know how close it is. I suspect the best they could do was tell us that the film was processed in the correct era, give or take a couple of years, but I just don’t know.

I could point out many of the parallels here. The land where the Aztec crash is claimed to have happened is oil land so that people from Midland involved in oil could have been there just as they could have been over in Roswell. The Aztec crash is alleged to have taken place within months of the Roswell crash, both were in New Mexico, but only Aztec got any real publicity in the late 1940s and early 1950s.

Please don’t misunderstand here. I’m not saying that we can now elevate the Aztec crash to the level of Roswell. I think the evidence is pretty clear. Aztec was a hoax that did include claims of physical evidence. It is not outside the realm of possibility that someone created pictures of alien creatures in an attempt to validate Aztec, and the documentation clearly mentions Aztec.

There are two flaws in my theory. One is that I don’t know if anyone ever saw the alleged pictures of the Aztec crash. The man who had them apparently never showed up for the sale and the documentation that relates to it makes it clear that the pictures were never shown.

Two: According to what Tom said, the slides relate to Roswell and have nothing to do with Aztec and if they can be dated precisely, that would tend to rule out Aztec. I just don’t know exactly what the slides show. All I know at this point is that the connection to Roswell seems a little thin, at least according to what Tom said recently (and the connection to Aztec is even thinner). Tom and Don Schmitt have a witness, who isn’t named (and given the nature of the UFO field, I’m not at all surprised that they wish to protect him) who says the creature on the slides resembles those he saw in 1947 at Roswell.

Here’s where I am on this. There are slides of some sort of creature. These slides are alleged to have been exposed in 1947, though I don’t know how firm that information is. There is a story, backed up by documentation, which says someone was trying to sell pictures of the Aztec crash in 1950. There is no reason to assume that these Aztec pictures have anything to do with the Roswell slides that Tom was talking about. I am just suggesting that there was stuff going on back then that could lead to someone creating the slides for Aztec. I’m not saying that it happened only that it could have.

The one major caveat is that I don’t know how accurate the dating of the slides is. If they can be shown to have been taken and processed in 1947, then Aztec is not an issue. If the dating isn’t that precise, then other evidence, which Tom and Don might possess, could eliminate Aztec as a possibility.

Here I’m as guilty as so many others. Speculation without a solid foundation, but then, not much has been offered in the way of evidence here and that leaves the door open to all this speculation.

Details of Alleged Photographic Evidence Re Roswell UFO Crash Leaked To The Public!