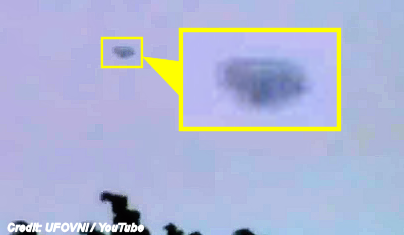 A resident in Medellin, Colombia, appears to have captured an object in the sky over a forest.

The video was uploaded on YouTube a few days ago but the footage was originally shot on Nov. 16.

The shaky video goes in an out of focus and shows what looks like a “classic” flying saucer in the sky. However, it’s hard to make out due to the clouds.