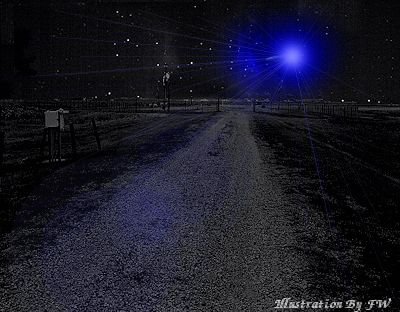 In our movie called UFOTOG Hasting’s book was used as source material but it left me with some questions. I don’t disbelieve Bob but I ask the questions science insists on.

For every statement in the story you link to for example there would be a trail of evidence and definitive observation from multiple sources.

–Stmt: A security alert team saw a UFO hovering directly over the silo.

• Who saw it and where are they now? It’s now public so they can speak.

• Was it confirmed to be OVER the silo and not possibly a distant object brightly lit in the sky and seen past the silo?

• If so it could have been mistaken as being OVER the silo especially at night where precious few reference points are available for observations?

• Was it possibly the moon seen through clouds and in the excitement mistaken for a bright UFO over the silo?

• Were the proximity alerts a malfunction which led to a security team seeking an “intruder” and thus self-primed to “find one” unconsciously?

–Stmt: . . . the security team said “the UFO left straight up at high speed.”

• Could the sudden absence of an object in a scene where it was seen moments before be construed as an object bolting straight up?

Well I know this answer from direct example. Yes, we illustrated this on a National geographic special with a live demo showing how people perceive disappearance and reappearance of an object. In every case people felt the object bolted upward.

–Stmt: After the object was seen to “bolt” straight up an F106 was seen giving “chase.”

• Was it possible that the F106 and the “bolting” UFO were actually the same object misinterpreted?

Missile folks and security personnel are not people who are trained to discern situations outside of their expected purview and this situation whether actual or mistaken was clearly outside all of their training regimen. Intruders on foot or in a helicopter they can manage. But if they thought that the light WAS over the silo and the other members agreed with the lead person who made that potential observation, then all of them would report as observed by the lead in all likelihood.

• Could it have been the F 106 flying through clouds that night that caused them to mistake the light as a more nearby object entirely?

Jet exhaust in mil planes really lights up clouds. I have seen this personally quite a bit.

• Since this is a public event now where is the F106 pilot, tower and crew who would recall chasing a UFO if that is in fact what happened?

–Stmt: They learned later the ground electronics were fried as if by a massive electrical surge.

• Isn’t it quite possible that the fried electronics could have actually occurred FIRST and subsequently caused all of the observed electrical malfunctions?

The mistaken proximity alarms, the launch go-no-go, and the strange on/off sequencing, could all have been generated by a cascading systems failure that occurred beforehand. This actually may be much more likely given electrical systems propensity for failure. Lest anyone think that these systems are bulletproof, search for the records of electrical maintenance and failure and you will be surprised to find how fragile our missile launch systems really have been. Given a failure-as-cause as potential, albeit of course unprovable at this point, the UFO sighting could have been a mistaken identity and would then be the only strangeness associated with the case.

The above questions reduce the compelling stature of this case for me because the cascading failure that was indeed later found could likely have occurred FIRST and subsequently caused all electronic warnings and problems seen in the systems.

As I said before I am in no way saying Bob isn’t reporting accurate information, I am just asking the tough questions because answers to such tough questions will elevate cases from a status of “interesting but unprovable” to “fascinating and compelling”.