While analyzing the latest images of the Curiosity UFOvni2012 of YouTube discovered some strange objects in two images taken by the Rear Hazcams of Nasa’s Curiosity rover what appears to be three objects flying across the Martian sky.

As both cams point to the same direction at the same time the images were taken within a split second from each other, in my opinion, we can rule out that it is an optical illusion, dust or spots on both lenses. What do you think? 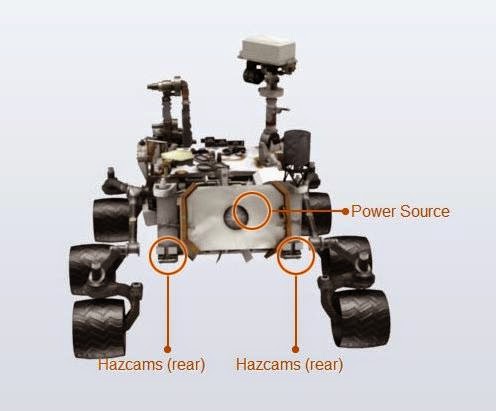 Image shows position of the Cams